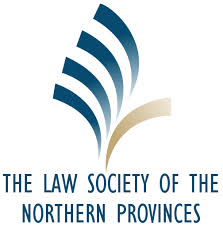 The Law Society of Northern Provinces (LSNP) has noted the criticism raised against the judiciary from various quarters following the judgment, given by a full Bench in the matter between Corruption Watch & others versus the President in the Gauteng Division of the High Court (Pretoria), with dismay.

The LSNP adds its voice to the prominent role players in the legal profession to state that the comments made, testify of disrespect towards the judiciary. This is of great concern, particularly having regard to the high-profile political figures and institutions who have made the irresponsible accusations against the Court which delivered the judgments on 8 December 2017.

Although the courts are not infallible, such public utterances are inflammatory and generate disrespect for the judiciary.

It is important in a constitutional democracy to accept that the judiciary is an important role player to ensure high constitutional values.  If there are different views on judgments, such criticism should rather be dealt with in a manner which represents a truly democratic society.