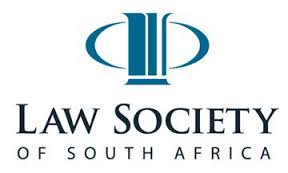 The Law Society of South Africa urges Government and political parties to take concrete actions to ensure that the climate in the country during the weeks leading to the local government elections on 3 August 2016 is such, that members of the public feel they can cast their votes freely without threats of intimidation and violence.

Also, although communities must be able to exercise freedom of speech and association, Government must urge people to exercise restraint irrespective of their complaints relating to lack of service delivery or differences in political affiliation.

‘The ongoing violent protests that we have witnessed in the media recently in the Tshwane area is of major concern. We believe these protests may persist and even intensify between now and the elections date. Threats of violence as well as allegations that certain parties are not allowed to campaign in certain areas are direct impediments to free and fair elections and to the constitutional right and duty on our citizens to vote freely. The acts of violence also constitute a threat to the rule of law and constitutional democracy in our country. The burning of shops belonging to foreign nationals echoes the xenophobic attacks which left the country bruised and battered not long ago and cannot be tolerated,’ say LSSA Co-Chairpersons Mvuso Notyesi and Jan van Rensburg.

They add: ‘For us as lawyers, protecting the rule of law and constitutional democracy is paramount. The LSSA will be fielding its team of attorney election observers across the country on 3 August in order to serve as the independent eyes and ears of the public to record and report on any incidents that may threaten these fundamental rights.’

ISSUED ON BEHALF OF THE CO-CHAIRPERSONS OF THE LAW SOCIETY OF SOUTH AFRICA, MVUSO NOTYESI AND JAN VAN RENSBURG
Tel: (012) 366 8800 or Website: www.LSSA.org.za