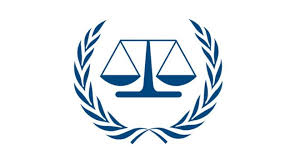 The Law Society of South Africa (LSSA) adds its voice to those calling on the South African Government to reconsider its withdrawal from the International Criminal Court (ICC). The LSSA is gravely disappointed at the unilateral decision by the Government to initiate South Africa’s withdrawal process from the Rome Statute of the International Criminal Court by executive act.
‘This raises serious concerns about our Government’s interpretation of its commitment to fighting impunity and providing accessible forums for victims of crimes against humanity and human rights abuses by those in power,’ say LSSA Co-Chairpersons Jan van Rensburg and Mvuzo Notyesi.

They add: ‘As we have said previously, we are currently in the fortunate position of having a strong and independent judiciary and other institutions supporting democracy. We can turn to these to challenge abuses of power by the State. However, this may not always be the case in future. Our Government appears hell-bent on closing and impeding access to regional, continental and international courts should a time come when South Africans can no longer rely on domestic remedies.’

The LSSA aligns itself with the statement by the International Bar Association that, ‘South Africa was one of the leading African countries in establishing the permanent Court with a mandate to address atrocity crimes, yet it may be one of the earliest to walk away. If this decision holds, it would be an extraordinary and detrimental development for both international justice and for South Africa.’

Considering the preamble to our own Implementation of the Rome Statute of the International Criminal Court Act, 2002 –

the Republic of South Africa is committed to –

We ask what has changed in our commitment to the fight against impunity?

Mr Van Rensburg and Mr Notyesi point out that the withdrawal from the ICC follows our Government’s agreement to changes brought about in 2014 to the SADC Protocol. As it now stands, the SADC Protocol deprives citizens in the SADC region – including South Africans – of the right to refer a dispute between citizens and their government to the SADC Tribunal if they fail to find relief in their own courts. Only states can refer disputes to the SADC Tribunal. ‘The LSSA is challenging this in the Gauteng High Court,’ say Mr Van Rensburg and Mr Notyesi.

The LSSA also adds that the African Court on Human and Peoples’ Rights (AfCHPR) has the potential to enforce human rights through proper judicial processes and has relative independence from political leaders. However, although South Africa ratified the Protocol to the African Charter on Human and Peoples’ Rights on the Establishment of the African Court on Human and Peoples’ Rights on 3 July 2002, it has yet to submit a declaration accepting the competence of the AfCHPR to receive cases under Article 5(3) of the protocol. At least two cases  from South Africa have been brought before the AfCHPR, but the court had to dismiss these cases due to lack of jurisdiction in the absence of the declaration by our Government, as the AfCHPR may not receive any petition under Article 5(3) involving a state party which has not made such a declaration.

Issued on Behalf of The Co-Chairpersons of The Law Society of South Africa, Mvuzo Notyesi and Jan Van Rensburg