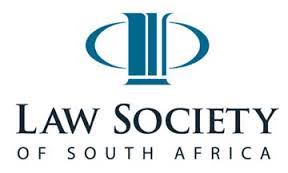 The Court declared that the President’s decision to sign the 2014 SADC Protocol, suspending the right of the citizens of this country to take disputes to the SADC Tribunal, was unlawful, irrational and thus unconstitutional.

‘Pending confirmation by the Constitutional Court, this judgment is a victory for all South Africans, and we hope it will be so for all SADC citizens,’ say LSSA Co-Chairpersons Walid Brown and David Bekker. They add; ‘As we said when we instituted the case against the President and the Ministers of Justice and International Relations in 2015, by signing the 2014 SADC Protocol, the President infringed the right of South Africans by agreeing to limit the jurisdiction of the SADC Tribunal to disputes only between member states – and no longer between individual citizens and states, without consultation.’

The Co-Chairpersons note: ‘As the court has said, by signing the Protocol, the President “severely undermined the crucial SADC institution, the Tribunal. It detracted from SADC’s own stature and institutional accountability and violated the SADC Treaty itself”. The court also added that the President had no authority to participate in a decision in conflict with South Africa’s binding obligations and that if the intention was to withdraw from South Africa’s obligations under the Treaty and the Protocol, the consent of Parliament would have to be obtained first. The President’s failure to do so is unlawful and irrational.’

‘The LSSA urges The Presidency to note the judgment and rectify this unlawful and irrational action, once the judgment is confirmed by the Constitutional Court,’ say Mr Brown and Mr Bekker.

The LSSA thanks its legal team, Adv Dumisa Ntsebeza SC and Adv Tembeka Ngcukaitobi, as well as Pretoria law firm Mothle Jooma Sabdia Inc – the latter acted pro bono for the LSSA in this matter.

ISSUED ON BEHALF OF THE CO-CHAIRPERSONS OF THE LAW SOCIETY OF SOUTH AFRICA, WALID BROWN AND DAVID BEKKER

by the Law Society of South Africa Communication Department