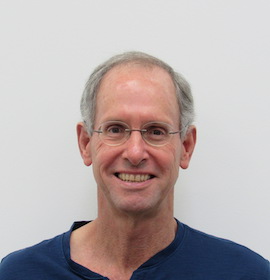 The notion that a “debt” for the purposes of the Act covered a broad scope of legal obligations arose primarily from the pronouncement in Desai NO v Desai4 to the effect that:

“The term ‘debt’ is not defined in the Act, but in the context of section 10(1) has a wide and general meaning, and includes an obligation to do something or refrain from doing something.”5

However, since 20176, a “debt” has a more constrained meaning: the definition has been considerably restricted. The narrow meaning now ascribed to the word arises primarily from Escom v Stewarts & Lloyds of SA (Pty) Ltd7 where it was held that:

“It was common cause in the Court that a debt is:
that which is owed or owing or due; anything (as money, goods or services) which one person is under obligation to pay or render to another.”

In Makate the appellant had sought a declaration to the effect that the parties had concluded an oral agreement, that Vodacom would pay the appellant for the lucrative idea he had originated for Vodacom’s business and for an order directing Vodacom to commence with bona fide negotiations to determine a reasonable remuneration payable to the applicant (appellant)11. It was the claim relating to Vodacom being ordered to start the bona fide negotiations which was held by the High Court12 to have been extinguished by prescription.

It appears from the High Court’s judgment that its final decision on the prescription question turned on the interpretation of the word “debt” as it appears in subsections 10(1) and 12(1) of the 1969 Prescription Act13. The High Court gave the word a wide meaning in saying that it:

“…would not only include a claim to pay a plaintiff a share of revenue, but also a claim that the defendant complies with its obligation in terms of the contract, including its obligation to negotiate with the plaintiff concerning reasonable remuneration for the use of his idea.14”

For its conclusion that a “debt” contemplated in section 10(1) of the Act includes a claim to negotiate the terms of an agreement, the High Court relied on the decision in Desai v Desai, and specifically on the passage quoted above.15

But in Makate’s case, on final appeal, the Constitutional Court commented on the passage in Desai’s case, after quoting it, as follows:

“On this construction of Desai, every obligation, irrespective of whether it is positive or negative, constitutes a debt as envisaged in section 10(1). This in turn meant that any claim that required a party to do something or refrain from doing something, irrespective of the nature of that something, amounted to a debt that prescribed in terms of section 10(1). Under this interpretation, a claim for an interdict would amount to a debt.”16

The Constitutional Court then went on to point out that the Appellate Division in Desai’s case had not spelt out anything in section 10(1) of the Act demonstrating that the word “debt” was used in such a wide sense.17

The Court also made the point that so broad a construction of the word “debt” was inconsistent with earlier decisions of the Appellate Division which had given the word a more “circumscribed” meaning, in particular the Escom case (in the passage referred to above) as well as others.18

Noting that the decisions in Desai and Escom were pre-constitutional, the Court then proceeded to consider the provisions of the 1969 Prescription Act in light of subsection 39(2)19 of the Constitution and the right embodied in section 34 granting to everyone the right to have a dispute adjudicated in a court of law. It held that section 10 read with sections 11 and 12 of the 1969 Prescription Act limits the rights guaranteed under section 34 of the Constitution.20

The Court however concluded, on the prescription issue, that “…in present circumstances it is not necessary to determine the exact meaning of ‘debt’ as envisaged in section 10”. The reason for this was because “…the claim we are concerned with falls beyond the scope of the word as determined in cases like Escom, which held that a debt is an obligation to pay money, deliver goods or render services.”21

In Makate’s case, so the Court held, the applicant (appellant) had not asked for the enforcement of any such obligation: all he had requested was an order compelling Vodacom to commence negotiations with him for the determination of compensation for the use of his idea.

The Court therefore concluded, on this point:

“To the extent that Desai went beyond what was held in Escom it was decided in error. There is nothing in Escom that remotely suggests that ‘debt’ includes every obligation to do something or refrain from doing something, apart from payment or delivery. It follows that the trial court attached an incorrect meaning to the word ‘debt’. A debt contemplated in section 10 of the Prescription Act does not cover the present claim. Therefore, this section does not apply to the present claim, which did not prescribe.”22

Just over twelve months after the decision in Makate, in Off-beat, the Constitutional Court emphatically supported the narrow definition of the word “debt” embraced in the earlier case. Mhlantla J (writing for the majority) commented as follows23 on the conclusion reached as to the meaning of “debt”:

“…In sum, Makate held that the broad interpretation of ‘debt’ in Desai was inconsistent with earlier decisions that gave the term a narrow definition.

I am satisfied that in interpreting the meaning of ‘debt’ Makate functionally overturned the broad test adopted in Desai to the extent that it went beyond the narrow test in Escom. The SCA’s reliance on the broader test in Desai in finding that the applicant’s section 252 claim is capable of prescribing is therefore misplaced. In my view, an application of the narrow test as enunciated in Escom would bring the applicant’s section 252 claim outside the purview of ‘debt’ and therefore be incapable of prescribing under the Prescription Act.”24

In light of the decisions of the Constitutional Court in Makate and Off-beat, it must now be settled law that, in the post constitutional order, a “debt” for the purposes of sections 10(1) and 12(1) of the Act means:

“1. Something owed or due: something (as money, goods or services) which one person is under an obligation to pay or render to another.

2. A liability or obligation to pay or render something; the condition of being obligated.”27

The Court therefore held that the obligation of the respondents to pay transfer costs (money) and other related costs in terms of the sale agreements constituted a debt in terms of section 10(1) of the 1969 Prescription Act.

It follows from these recent decisions that any right to demand, or obligation to pay or render, anything other than money, goods or services, which might previously have been a prescribable “debt”, will no longer be subject to the vicissitudes of prescription.

John Saner SC (MA (cum laude) LLB (Wits) has been a member of the Cape Bar for thirty years and has specialised in medical negligence litigation for the past twenty years.  As a result, he has been at the forefront of developments in this field of practice and the law and has seen and experienced the changes and rapid increase in medical negligence litigation in those years.  He has extensive practical experience in every aspect of medical malpractice law from case selection through to appeals and everything in between, including inquests and disciplinary proceedings. John took silk in 2014 and continues to practice and litigate solely in the medical negligence field, as a member of the Cape Bar from his base in Tampa, Florida, USA. John is also author of Medical Malpractice in South Africa, Prescription in South African Law and Agreements in Restraint of Trade published by LexisNexis South Africa.

LexisNexis Legal & Professional is a leading global provider of legal, regulatory and business information and analytics that help customers increase productivity, improve decision-making and outcomes, and advance the rule of law around the world. As a digital pioneer, the company was the first to bring legal and business information online with its Lexis® and Nexis® services. LexisNexis Legal & Professional, which serves customers in more than 130 countries with 10,000 employees worldwide, is part of RELX Group, a global provider of information and analytics for professional and business customers across industries. In South Africa LexisNexis® has been assisting companies and professionals to remain abreast of changing legislation and shifts in the regulatory environment for over 80 years, using leading-edge technology, tools and online solutions.