Spending: in order to get an economy going, one needs to spend; right? Paradoxically, a state can do so, even without having money; the idea being that once the economy gets going then the state recoups the expenditure in taxes. What is very worrying though, is that our state appears to be broke at all levels without much leeway for such spend. Speaking for myself, I cannot see us digging ourselves out of this trough, unless much belt tightening is done (and frugality is not really our thing). Politicians speak of creating jobs but, technically speaking, the only way the state can do this directly, is by employing more persons. This is simply unaffordable as the state no longer has the funds for this and, has, stymied several departments of much-needed funds, resulting in stunted service delivery.

Against this background, cries that the government must bail out… pay for… is indicative of financial imbecility. We, the taxpayers, will pay, there really isn’t anyone else. When calls come for pension savings to be compulsorily invested in SOEs, it is an indication of state bankruptcy. Money not owned by the state must be applied to save the state. Simply another form of taxation.

HP selling ink rather than printers is old hat. Ditto with Canon: a true Canon powder cartridge costs in the order of R1.5k, the refilled cartridge costs a quarter of that. Why would one want to buy an original, when the savings on cartridges alone enables me to buy a new printer every year?

Disengaged employees: these are workers who withdraw themselves mentally and emotionally from their jobs. To turn this around requires a turnaround of culture, communication and rewards. From my own observation, once there, it is virtually impossible to convince management to draw employees into its vision, accountability and commitment: reason being that the very management one deals with is that responsible for the problem. An erstwhile CEO of mine used to say that our employees are there to work, and if they don’t like it, they can go elsewhere.

If a wronged consumer publishes comments on Hello Peter–would that be libel? Quite possibly, unless true. If true, such a comment would undoubtedly be in public interest, and any Goliath supplier venturing into the public media, risks serious public backlash from David.

I chanced across a draft CRC prepared in 2016: it provides for notarial deeds in respect of land use rights under a proposed(?) One Household One Hectare scheme. Does anyone know whether this was ever implemented? From a conveyancing perspective, this seems a particularly bad idea in that, after all the trouble of providing half – formal ownership, one sits with title reminiscent of apartheid-style leasehold. Comment?

Newspaper reports hold that the Ingonyama Trust was denied an order that the King’s subjects should share land, which borders the Trust property, won by them in a land claim, with that trust. It should be noted that I have had no access to this case.

2018 was the worst in 20 years for the listed property sector.

Rode reported a total return for commercial property for 2017 of 10.9%. The return for the first six months of 2018 was 4.7% – a precursor of single-digit returns for the whole of 2018. Loos predicts increases in commercial property vacancy rates. https://www.property360.co.za/news/economy-in-the-doldrums-18908989

Timeshare: the National Consumer Commission proposed a raft of consumer protection legislation which will apply to this industry, including the appointment of an ombudsman. Many years ago, it had been explained to me that the costs involved in timeshare, could roughly be divvied up into three more or less equal parts, namely, the actual capital cost, profit and sales costs. If this is still true then a consumer may well have use which could be affordable, but will always sell at a loss. As a matter of curiosity: is there any of my readers that has current information on the breakdown of the sales prices of timeshare? I had, out of interest, attended such a presentation in Hilton in December. The guys attempted a really hard sell on me: in the buy-now-or-the-opportunity- will-pass-forever plus carrot-style. Little changes.

House prices: the prediction is that, leading up to the elections, house price growth will be slow i.e. in low single digit numbers. Expect property to languish longer on the market.

The only price growth will be in the affordable housing sector.

Likewise, housing rentals are under pressure as rental escalation across the board is just less than our inflation rate, whilst municipal tariffs have increased substantially beyond the inflation rate.

Semigration to the Western Cape slowed amid the drought. This trend is expected to pick up, in tandem with a trend to downscale into compact, secure, self-contained areas.

Ooba reports that the average deposit, required by mortgaging banks, is currently 12% of the purchase price. It’s approval rating for its bond applications is currently 80%.

20% of all foreign buyers of residential property in South Africa, are from Africa.

The September FNB House Price Index held that more than 7.5% of South Africans, selling their homes, were emigrating. This trend is expected to increase this year.

The draft expropriation Bill was published. Having read that I have little problem with the suggestions. If implemented fairly, I have no doubt that it would have little impact on, and might well enhance, our economy.

Towards the end of last year, a veritable storm broke out owing to the then Law Society refusing to accept LLB degrees given by Varsity College. Does anyone know the outcome of that affair? I ask as, on searching, this college is still offering this “degree”. This is quite interesting, as those involved in sanctioning this course, had clearly not bothered checking the Legal Practice Act.

An interesting judgement awaits: legislation [section 58 A (4) SASA] prevents the attachment of school assets for school debts. The legitimacy of this has been challenged and the case will be heard in May.

EDRS: the implementation of the Electronic Deeds Registration System is set for March 2022. I confess to having been underwhelmed at the presentation which was held in December in Pietermaritzburg. Those involved do not have the capacity to run our current system properly, let alone implement radical changes, which are clearly within the realm of specialists. Heck, our existing deeds view system has, at least in Pietermaritzburg, not functioned for more than a month. I hold a copy of the presentation, should this interest you.

Given the dysfunctionality of many of our Masters’ Offices, most practitioners resort to instructing local attorneys to deliver, fetch and deal with issues in the local Master’s Office. The results are often disappointing, as practitioners cannot afford to go themselves and relegate clerks or messengers to do this, most of them who do not seem to get to grips with the issues at hand. I can recommend a very effective businessman who provides such services in Pietermaritzburg and Durban at very reasonable rates. Ask me.

There shall be in England seven halfpenny loaves sold for a penny; the three-hooped pot shall have ten hoops; and I will make it felony to drink small beer. All the realm shall be in common…

In a country well governed, poverty is something to be ashamed of.

In a country badly governed, wealth is something to be ashamed of. Confucius

When a country’s economy is in a crisis, it breeds the acceptance of extremism. WEF

The ANC will be in power until Jesus comes. (Mr Zuma)

Cadre deployment may be defined as the appointment of a loyalist to an institution as a means of circumventing public reporting-lines and bringing that institution under the control of the party as opposed to the state.

I would argue that the policy of cadre deployment, coupled with the non-rotation of control, is what led to the industrial scale plunder of South African state resources by officials and their all-too-willing henchmen in the private sector. The moment that a leader extends his term indefinitely (for the benefit of the country or anyone else) it makes him invulnerable.

The ANC now seeks to individualise state plunder to render it non-liable. Really? We had all known about this for years except the politicians.

Woke: used as a byword for being pretentiously socially aware. Think Christelike nasionalisme, knowing God’s will experimentally, the interpretation of blackness limited to blacks, acquiring truth by being on the receiving end of matrices of domination, feeling pain being limited to a group and such blather. UCT must decide whether to endorse a public Curriculum Change Framework which states that marginalised people have their own epistemologies which need to take a central place in order that the world is no longer seen through colonial eyes. A leap from fact to a theory about the ability of different categories of persons able to grasp and communicate exclusively (i.e. only the chosen ones being able to see the truth). Yuck. PhDs peddling popularity.

From an article by George Hull

Entropy expresses an idea in which, when used in a political sense, a grouping of people heads inexorably towards a higher state of disorder. So complex societies would become ever more complex and at some point, their complexity would exceed the ability of those who lead them to govern. This leads to the destruction of that society.

Mr Jimmy Manyi, claims that ANN7 went under for reporting on “white collar corporate capture”. You must love this hanswors who has now become a politician. Good, a fitting home.

Mr Julius Malema threatens to stop inviting the media to party events. Really – for an empire built on lurid accusations…

“Preliminary reports from a land commission audit show that most senior officials within Zanu-PF have more than one farm.” Mnangagwa to traditional leaders. Clearly the current Zimbabwean leaders have not been benefited…

At last… a return to form:

Most people would like to be delivered from temptation but would like it to keep in touch. Orben 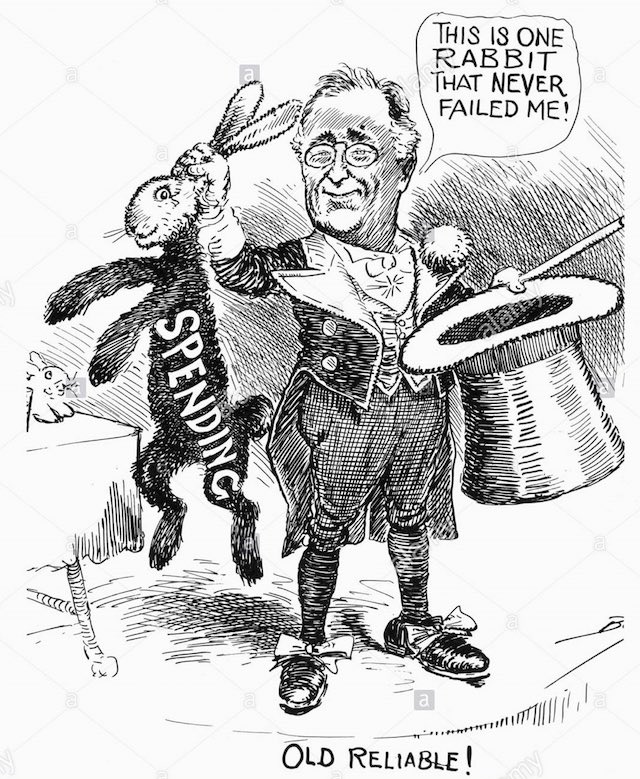