Economics – Some years back, local chicken farmers complained that they were not being protected by the state. We have all eaten imported cheap chickens – the cost was the closure of a great many local chicken producers. Sugarcane farmers now call for protection and assistance: one wonders whether they will be heeded.

These are awkward questions: my elder son first brought the dilemma faced by a government in such a situation to my attention some years back. Is it not better to import cheap goods than to attempt to make it here at a greater cost? If one plumps for the latter one gains in employment and does not lose currency. The cost of these gains is borne by the consumer who pays more for what he receives. Simply another tax?

For the first time I’ve seen questions being asked of compliant senior SARS staff who failed to challenge the improper conduct of their past superiors. Good. See below.

I have reported on this matter several times in the past: the lesson to be learned is that one cannot sell a business and ask interest on the outstanding purchase price, if you are not registered as a lender under the NCA. The moment you so ask interest, you contravene the provisions of the NCA. The case below had been reported on before but went to appeal in the SCA. The result was the same.

This week there was some unpleasantness surrounding Discovery’s intent to have ENT surgery conducted in day clinics. I fully understand that insurer wanting to keep costs down. What is inexcusable is Discoverys decision to not consult doctors before making this intent public. Consultation is the all the rage and having the primary participants in your scheme deny that they were consulted, is not clever.

A rather dry article deals with the connection between patronage and the fiscal performance of the affected countries, came to my attention. The finding, that one should curtail discretion in the appointment of civil service, in order to promote economic performance, is hardly startling. Take a look:

E-sales: it was reported that the US-based property listing database, Zillow, has begun to buy and sell property online. Property 24 and Private Property have indicated that they do not intend to become online estate agencies, as this would mean that they would directly compete with their customers. It can only be a matter of time…

How does a body corporate deal with an owner who lets out his unit on Airbnb? Interesting but not mind blowing: http://propertyprofessional.co.za/airbnb-how-sectional-title-complexes-manage-these-tenants/

Disciplinary enquiries: as a profession we need to look at how we deal with unpleasantness within our ranks. Take a look: https://thoughtleader.co.za/williamsaundersonmeyer/2014/03/08/south-africas-lawyers-should-be-desperately-ashamed/

When drafting trusts, be careful of the use of the terms children/descendants. Adopted children are not automatically included. The Wills Act has a rule of interpretation in which an adopted child is regarded as having been born of his adoptive parents. This does not apply to trusts.

Ostensible authority is a phrase used to hold liable a company when it allows a representative, who was not so authorised, to act on its behalf. This is a form of estoppel which, generally is used only in replication as a shield when a company raises the defence, that the person acting, had no authority to do so. Ostensible authority can be used to create a cause of action in the absence of actual authority. If this interests you, ask me for a copy of an article on the much vaunted Makate v Vodacom case by two Unisa lecturers.

If one obtains Competition Commission consent for the de facto control of an entity but ends up taking de jure control: does one need to notify the relevant authority again? No. (Abstruse stuff)

I have not seen this case but it is reported that a maintenance-dodging father has had his pension fund docked by a court for arrear maintenance. What drew my attention to this, is that the Public Protector involved herself in this matter. Good.

It is certain, in any case, that ignorance, allied with power, is the most ferocious enemy justice can have. Baldwin

Where were you when: we sadly have all manner of people testifying of malfeasance many years back. One understands that whistleblowers are not well protected in South Africa (an understatement of sorts). But, there are some for whom such conduct is inexcusable: one such group are advocates at the NPA. On admission, they swear an oath that they will be faithful to the Republic of South Africa which these were these have clearly not kept. I would be ashamed of myself if I knew of corruption but had not dared to speak up. Lawyers generally, and in particular, prosecutors, whose job it is to address this very issue, are some of the gatekeepers of our nation.

On the same note: the Sunday Times reports that 32 senior ANC members, nominated for the party’s election list, have failed a vetting process by the ANC’s integrity committee. The identities of these are not known but the truth will out. Until now the party has taken the view that if not found guilty a person is presumed to be innocent. One wonders whether the ANC’s newfound soul-searching will extend to premiers implicated in such matters.

British colonial rule and its influence on post-independence democracy; take a look at the abstract in the following article: https://www.sciencedirect.com/science/article/pii/S0147596718302142

The phrase, good fences make good neighbours, is drawn from a poem by Frost entitled Mending Wall. This phrase is part-used in an article on the importance of setting boundaries for peaceful coexistence: http://necsi.edu/research/social/scienceofpeace.pdf

Perhaps there is a reason why cities like New York have areas such as Little Italy and Chinatown.

If you say you’re cooler than me, does that mean I’m hotter than you?

If evolution really works, how come mothers have only two hands?

The girl replied, “I want you to communicate.”

He said to her, “That word is too big. I have no idea what it means.”

The little girl smirked and said, “Perfect. You can be the husband!” 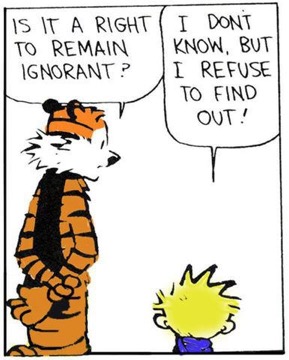