Economy – Goldman Sachs has suggested that the global economy may have bottomed out and that green shoots are emerging. The Daily Maverick reported that the cost of state capture over the second term of the Zuma administration cost around R1.5trillian: this is equivalent to 1/3 of our yearly GDP.

Load-sh*tting: David Mabuza told us that load-shedding is proof that our economy is growing….

The following comparison is not on all fours; but still: India has a bigger population than the entire African continent. The country is managed by one Prime Minister and fewer than 25 ministers. Africa has 54 presidents and over a 1000 ministers…

This week a report on the cost-plus coal supply model used by Eskom suggested that this was the best possible model that could be used. I could not help but wonder whether, if this was the case, it would not have been cheaper for Eskom to develop its own mines.

Bedfellow with whom? King Zwelithini plans to launch Bayede Mobile – an affordable empowerment solution for the technologically marginalised. Perhaps; getting into bed with Roux Shabangu, who is not known for the empowerment of anyone other than himself, is questionable.

In Pietermaritzburg, of late, it takes some three months just to obtain a quote on rates for the purpose of obtaining rates clearance certificate prior to transfer. It could easily take another two weeks to get the rates certificate itself. Expect this to take longer: the city is disfunctional, the billing department  on strike and in disarray. This means that your transfer of a Pietermaritzburg property can easily take 4 months, if not longer. Getting your deposit back; a year.

A professor from the BER opines that the script of the domination of large commercial farms in South Africa is devoid of fact. Yawn: https://www.news24.com/Analysis/is-south-african-agriculture-really-dominated-by-big-commercial-farms-evidence-suggests-not-20190227

Quis custodiet ipsos custodes? The Attorneys Development Fund has reported that its former CEO nicked half of its funds.

Last week I reported on a High Court ruling, allowing those who obtained LLB degrees at Varsity Colleges, to enter our profession. I confess to having had misgivings on the quality of education at these colleges. These were assuaged, to some extent, by a note written by Prof George Devenish (emeritus of UKZN) stating that he had been impressed by the excellence in administration, teaching and mentoring of students at the Varsity Colleges in his area.

Dogshow: a pug, namely Edda, was seized by the city of Ahlen and sold for €750 on eBay to defray unpaid dog taxes. The purchaser is now suing that city for a dog latent defect – an eye infection which cost €1800 to fix. And you thought lawyers here were desperate?

Can you defame a trust? Apparently not, but a trust should be able to protect its good name argues two Potch academics: https://www.litnet.co.za/kan-n-trust-n-lastereis-instel-n-verkennende-ondersoek/

Delictual liability for an omission: The foreseeability of harm should not be considered in establishing wrongfullness. Its role should be confined to the rubrics of negligence and causation. Two professors argue that this new test of the legal duty approach to wrongfulness does not hold water. http://journals.ufs.ac.za/index.php/jjs/article/view/3600

The Deeds Office has published new costs with effect from 1 April. Make sure you adjust your conveyancing quotes appropriately.

Patriotism is supporting your country all the time, and your government when it deserves it. Mark Twain

Nationalism is an infantile disease. It is the measles of mankind. Albert Einstein

Desperate for hope: the exploitation of the poor by all manner of prophets, has caused much breast-beating of late. The problem with faith is that one cannot define what should be believed in. Faith is axiomatic – how does one distinguish between a believer in Satan and the believer in God other than to say that most of us approve of faith in the latter? In any event, churches have been engaged in extracting money from the faithful over centuries (by way of example, the Vatican is estimated to be worth around $15bn) and the only real difference between acknowledged and mushroom churches is that the longer-lasting purveyors of faith have not become wealthy overnight. But this is Africa; all manner of charlatans/tinpot dictators manage to do so.

Landowners in Thornville, near Pietermaritzburg, attempted to demolish illegally constructed upmarket houses. The owner says that 80 to 90 houses had been constructed on his land – he has clearly not been paying attention. This phenomenon is not new. The areas in case under the Ingonyama Trust hold many such very expensive houses. There is no order, no prior infrastructure and no building standards that apply. The owners then demand (it is their right?) services which are inordinately expensive to render, given that such houses are randomly spread out all over. The owners pay for some services but pay no rates. At some point these will have to be regularised and taxed in order to allow local authorities to regulate those areas for the benefit of all. The problem with this is that you then will have traditional leaders acting as municipalities which is a political hot potato. The fact is that, in the interim, the customary authorities are failing their constituencies.

Consequences: South Africans are not great on consequences, unless you call someone a racist. Grand corruption, valourised destruction of property by students and revolutionaries as well as non-payment for services go largely unpunished. One cannot construct a coherent society if not founded on respect for others; how does one uproot the dragon’s teeth sown by those who had made a society ungovernable.

Two ANC heavyweights stood down, on their own volition (come on…), last week owing to alleged sexual peccadilloes. Suspending such is atypical of ANC practice: its mantra has always been that one is only guilty until proven so. Something is afoot. 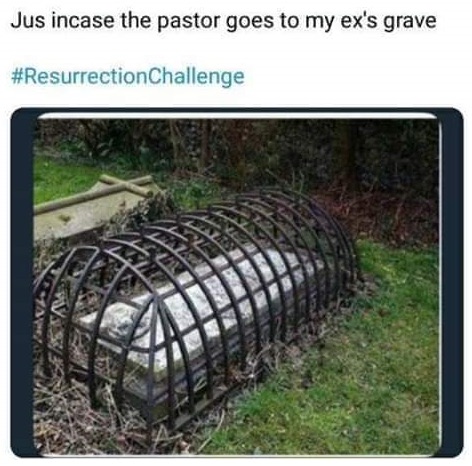