Business Review – It is common cause that our SOE’s have been managed into financial difficulty. What to do? Borrow money from the public service pension scheme to such an entity and convert the loan to equity and voilà, the problem is solved. The government still controls the SOE involved and the debt disappears.

How does one predict whether a person will succeed in life? IQ certainly does not cut it as predictor. Enter the marshmallow test: the discovery was partly accidental but very interesting; the ability to delay gratification is a predictor of success. Take a look: https://www.quora.com/What-kind-of-people-will-not-succeed-in-life/answer/Takudzwa-Razemba

For my sins I drink wine on a regular basis with a bunch of engineers (it kinda loosens them up). They tell me times are hard. ProjCore says: “It used to be about time, cost and quality. Now contractors have to do training, enterprise development and many other things in order to comply.” The Consulting Engineers SA Economic and Capacity Survey for June to December 2017, reports debts due to the construction industry of R6.6bn. These represent payments outstanding for longer than 90 days. Several giants amongst construction companies in South Africa are in business rescue or on the cusp thereof; the Liviero Group, Basil Read, Group 5, and Aveng. If these entities are not preserved by our government, Moneyweb suggests that the Chinese might well take their place as the constructors of South African infrastructure. Our government makes much of intended infrastructure development, but does not put its money where its mouth is.

Whilst on the subject of development and such: the mantra of job creation by small business may not hold true. An SBI (Small Business Institute) study has found that there is only about ¼ million formal small and medium businesses in South Africa rather than the estimate of 1.2 – 6 million. Furthermore, these entities create only approximately 28% of South African job opportunities. Job creation is concentrated within the thousand largest companies, including the government, which gives work to 56% of those employed.

It is interesting to note that Huawei has pulled ahead of Apple to claim the number 2 position in global smartphone shipments in Q2 2018. The fact is that these guys sell very good phones which are also more affordable than iPhones.

This week past there was news of the first electronically signed property transfer having been registered. Conveyancers celebrated and lamented. Pouring cold water on this is the realisation that the deeds were not electronically lodged or registered – the Registrar of Deeds merely signed deed of transfer electronically.

I recently met up with a representative of the entity that supports emerging farmers on expropriated land. He confirmed my understanding that title, to expropriated land, is not nowadays immediately handed to the beneficiaries thereof. I could not help but wonder whether the new model of expropriation would follow this trend, especially when it comes to city properties. Assuming that this model would continue to apply to farms expropriated, the EFF point of departure that the state should own all land, may well come to pass.

The expropriation debate rages. Much depends on how the powers that are granted are exercised: the fact is that there are parcels of land which are ripe for expropriation, typically inner city buildings which are not kept and so on. The same applies to farms: I read of Zimbabwean farmers who said that few farmers use all the land that they have to its fullest potential; giving such land away does them no harm and others good. If the state uses the powers that it wishes to acquire wisely, expropriation may well become a benefit for all of us. One suspects that if the state were trusted to do this they would be much less resistance to what will come to pass anyway.

The reformed, new, democratically elected president on land reform in Zimbabwe: “This issue of new invasions is a thing of the past. The rule of law must now apply.” The difficulty with this viewpoint is that it tacitly acknowledges wrongdoings in the past – one wonders whether those ghosts will be laid to rest.

There is a position open for a competent, experienced commercial conveyancer, either in Pinetown or in Umhlanga. If this interests you, drop me a note.

A report last week on a serial maintenance dodger sent to gaol for 4 ½ years must have come as great news to many women. Persons such as he are rarely brought to book as the argument runs that you kill the goose that lays the golden eggs by imprisoning him. This magistrate would have none of this. Good. Regrettably I have little doubt that an appeal will be made and one senses that the court may be sympathetic.

A report by the Times holds that Zuma’s strongest argument, in proving significant prejudice suffered by him, owing to the state’s unexplained failure to prosecute him and Sheik for corruption at the same time, may well lead to the stay of his prosecution. The NPA will be on trial, again. Most of us have become inured to political meddling in our prosecution authority: hanging that authority out to dry is to be welcomed. The unpalatable part of this is that the architect of much of this will be its prime accuser.

For many years trust practitioners have cautioned their clients that an independent trustee should form part of the board of family business trusts. The harm that this guards against, is the management by many individuals of their trust as if the assets were their own. For those who do not practice in this field of law, take a look at the following case: http://www.saflii.org/za/cases/ZASCA/2005/116.html

“In any country where talent and virtue produce no advancement, money will be the national god. Its inhabitants will either have to possess money or make others believe that they do. Wealth will be the highest virtue, poverty the greatest vice.”

Fallist anger: a recent note, written by prof Jansen attracted my attention, not for its message on the toll of transformation on the thin layer of black exceptional scholars and leaders on our campuses, but for a student leader’s comment quoted by him: “Make no mistake, those students hate you because of what you have achieved.” This is truly disturbing.

A recent take on racism, held that black persons are not racists when they dislike/hate white persons: a racist is defined as someone who thinks that his race is superior to the other which is not the case with blacks; hence the conclusion that whites are racists but blacks not.

Does this apply to other spheres of life? You could probably have a German club but not a whites only club. May you have a whites only entrance requirement to your shop? How does this differ from a political party where blacks only may become members? Enter the Mazibuye African Congress, Mr Zuma’s new political party, which openly promotes the “native” (not the term I would have chosen to use) agenda.

I have little doubt that most South Africans would find this offensive as the tenets of that party ignores the struggle for parity in South Africa. Everything is not about race; mostly equality, be it racial, gender or other equality: after all, democracy holds us all equal.

TGIF? Why do we look forward to Fridays but not Mondays? An Indian Swami says that business is driven by greed which stresses both the businessman and his staff.

There you have it: you should practice to benefit society…. 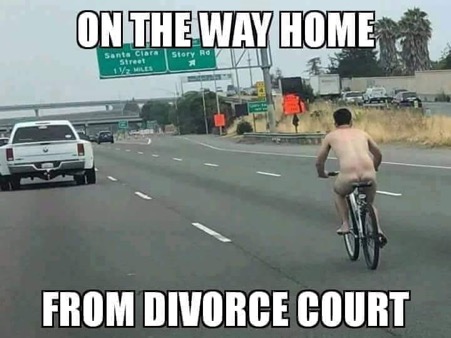