Business Review – Most ex large-practice conveyancers have a love/hate relationship with banks. I share the sentiment. I business-bank with Nedbank to access, what has become the industry standard for handling client deposits and guarantees, Corporate Saver.

Having declared my interest, I must point out a very useful feature that was brought to my attention during a presentation this week past. A product named Market Edge provides big businesses clients with the demographics of card users who buy from that business. Imagine a supermarket being able to draw down the LSM rating of its customers, their race, gender, their grouping by geographic area and so on. This product also enables you to compare the performance of your business with similar businesses elsewhere. This is certainly worth a look.

A wonderful product, that is set to come on to the market in two years, is the Separated Sound Zone technology, introduced by Hyundai – Kia, which allows each passenger in a car to listen to his own sound whilst cancelling out the sound of adjacent passengers. Discrete sound without headphones.

Tribal land: just this phrase, harkening back to feudal times, says it all. Traditional leaders are in a bind: the tenure under which land is held in traditional areas is simply unsustainable. Land “owners” don’t pay rates which makes it difficult to render services. Development is higgledy-piggledy as planning rules and building standards don’t apply, which will, without doubt, end in tears many years hence.  “Owners” cannot leverage loans off their land as they don’t own it and so on.

The result of all this is the chaos that, for instance, the Ingonyama trust has entered into. It is being sued by a bunch of churches for its intent to convert PTOs to leases (no doubt driven by need the income); it owes hundreds of millions to local authorities whilst having no real source of income of its own other than state largesse and, of late, it has to defend itself, ironically, against expropriation and the unspoken assumption that one must be a Zulu to “own” land under the governance of the king.

When is a farm a farm? Property descriptions in KZN can be strange: I recently dealt with an erf in Underberg which is hundreds of hectares in extent and is clearly a farm despite the description. Many suburban erven are described as farms. The inexplicable result of this is that, if one wishes to transfer an erf within a town, named as a farm, to more than one owner, one needs the consent of Agriculture to avoid sanction in terms of the Subdivision of Agricultural Land Act. The contrary applies in that one can presumably subdivide a file named as an erf without consent from Agriculture. These difficulties are one of the results that, in order to extend planning and tax collection to the whole of South Africa, all rural land has been drawn into municipal boundaries, which blurs the distinction between rural and urban land. The exceptions are tribal land which is a disaster in the making. Seriously, how does tribal land differ from urban/farmland?

On top of this, the MEC of the Department of Agriculture and Rural Development in KZN this week described his department as being “like a house that is infested with mice, cockroaches and bugs”.

The South African listed property sector on the JSE, the darling of previous years, is one of the worst performing market sectors since the end of last year, with a total return of -22% (with income distributions reinvested). Clearly a bubble of sorts had burst. The question is whether one should buy now or await the development of the expropriation debacle?

An interesting aside is that New Zealand has passed a law restricting foreigners from buying existing homes in that country. Ironically only about 3% of property transfers in that country go to foreigners (excluding trusts). The government says that this ban would not apply to Australians….

Despite this New Zealand is still ranked second in the world in the global property rights ranking. Go figure.

Yesterday a gentleman, who had just passed his notarial exams, mentioned to me that it was probably a worthless qualification. Possibly; whilst often mundane jobs are done by notaries, the value thereof can hardly be overestimated. My protocol stands at some five thousand documents. The largest part of this is represented by ANCs.  Currently, the cheapest rate one should execute an ANC for (someone else) is probably about R1000. This means the value of just the notarial work done by me in my working life to date must exceed R5 000 000. Worthless? I don’t think so.

The Stellenbosch Law Clinic has taken on the credit industry to expose what is termed as one of the biggest scandals that has been plaguing the debt collection industry in South Africa. The allegation made is that the dirty little secret in the credit industry is widespread abuse that is not addressed because this as such a profitable business. The thrust of the action seems to be that the clinic seeks to extend the in duplum rule to interest, costs and fees.

I have a wealthy friend who I had to discourage when he sought to leave his estate to his dogs. Oregon is a hardly a progressive state and I suspect that its lawyers have become necessarily inventive: Justice, an appropriately named horse, is suing its owner for having neglected it to the point of penile prolapse.

TransNet had sought such an order against the Regiments group, which had links with the infamous Gupta-linked Trillian, fearing that an unbundling exercise undertaken by that group would leave that group without any assets to repay about four million Rand which had been misappropriated by it. To obtain such an order, two elements had to be satisfied, namely:

Interesting but not earthshaking: http://www.saflii.org.za/za/cases/ZAGPJHC/2018/467.html

Condonation of a late application for rescission of judgement

Reading this judgement, one must sympathise with the applicant. He had suffered extreme trauma, exacerbated by his own use of alcohol, which he alleges delayed his applying for the rescission of a judgement which had clearly been incorrectly given. The judge had sympathy but was apparently eventually swayed by the hardship that such an order would have upon the defendant estate.

If legal theory is your thing, you would enjoy the article by Zitzke on the theory underlying the intestate inheritance of a same-sex permanent life partner. A heavy read for a practitioner..

“Constitutionally wanting” reasoning in the law of intestate succession: A critique of

categorical objectivism, the achievement of inequality, and a jurisprudence of pride

Ask me for a copy.

Or else: sowing dragons’ teeth. Violence has become entrenched in South Africa. Communities seemingly only succeed in bringing complaints to the attention of those who govern through violence; Nehawu threatens the NSFAS boss; MK veterans get jobs by closing councils down; Amcu threatens Impala Platinum; the # Fees Must Fall student movement burns and breaks. The roots of violence reach deep into society, tapping into such complex conditions as poverty, racism, joblessness and hopelessness. The Centre for the Study of Violence and Reconciliation (look them up) seeks the reasons for this in a whole raft of reasons, including the failure of enforcement and, methinks, leadership. An interesting take on this is a note by Tage Rai (https://aeon.co/essays/people-resort-to-violence-because-their-moral-codes-demand-it) in which he suggests that people resort to violence as they genuinely believe this to produce good. Take a look.

Every election is a sort of advance auction of stolen goods.

Candidate: a person who asks for money from the wealthy and the votes from the poor to protect them from each other.

Applicable to America but probably more so in South Africa: Half of the American people have never read a newspaper: and half never voted for President… one hopes it is the same half.

It’s useless to hold a person to anything he says while he is in love, drunk, running for office.

You campaign in poetry, you govern in prose.

And, in conclusion, on democracy in Africa: 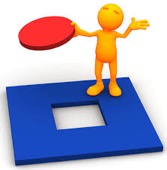