Below that face-hole thingy these massage beds have is a bowl of water; I wonder why.

She starts on my feet and immediately it dawns on me that I had made a mistake: how can you hurt someone’s feet? She moves to my calves and I squirm in pain. By the time she gets to my thighs I’m squealing like a girl.

An hour later I hobble out – the water bowl is for tears.

New car sales is one of the predictors of economic growth. Total new SA vehicle sales rose by 1.7% compared to the same period last year. This figure is also the highest domestic sales in three years. Gratifying is that the uptick comes primarily from commercial vehicle sales (5.9% year-on-year) which indicates that something in our commercial world is starting to happen.

IBM purchased Red Hat – which transaction is aimed at catapulting IBM into the ranks of the top cloud software competitors.

FNB has created an app which provides a quote for your current home, assists you in finding a new home and gives you pre-approved finance. Not a bad idea: https://www.fnb.co.za/ways-to-bank/digital/navHome.html

FNB estimates that the percentage of sellers selling to downscale, owing to financial pressure, increased to 16.3% in the third quarter – compared to 34% in 2009, this may be higher than average but is not catastrophic. There is apparently also an increase in the percentage of sellers selling to emigrate at 8.6%. The latter is not as bad as the estimated 20% in 2008, but is still concerning.

Furthermore, home maintenance is not what it used to be: this is attributed to financial constraints rather than financial stress (the distinction was not immediately apparent to me).

Once again I read an advert from a developer in which the agent says that if you buy directly from the developer, you will save R80,000 on transfer duty. This of course ignores that you’re paying 15% in VAT!

The affordable market property is outperforming the balance of property sectors owing to pressure from above, namely downsizing, and pressure from below, i.e. those upgrading from informal housing.

An appeal to the Constitutional Court against a judgement in which it was held that a title condition (that one should develop within a certain period) was subject to prescription, has been refused. Such a clause is a debt and, like any other debt, prescribes after three years. Whilst the import of such a clause is now beyond question, it does leave conveyancers with a problem in that many such clauses both exist and need to be created from time to time. The decision is not yet available in SAFLLI – ask me for a copy.

We estimate that, in Pietermaritzburg, will have to lodge by 5 December this year in order to be sure of registration before the closure of the Deeds Office. In this respect the Deeds Office will close on the 20th of December. A double execution will probably be held on the day before, i.e. the 19th.

What does one do when local underage marriages are prohibited, but immigrants who are so married were legally married elsewhere?

Sweden is expected to pass legislation which will invalidate all underage marriages. The motivation is understood but the consequences may be dire – especially for those under-age and in such marriages. What will happen if no legal obligation to maintain them exists and their guardians are elsewhere?

In Rahube v Rahube our Constitutional Court ruled that section 2 (1) of the Upgrading of Land Tenure Rights Act 112/91 is constitutionally invalid in that it automatically converted holders of any deed of grant or any right of leasehold into holders of rights of ownership in violation of women’s rights. This order is suspended for eighteen months, pending legislation to be promulgated by Parliament. Of note to attorneys is that sales in good faith and inheritances in terms of finalised estates will not be affected.

Can one lawfully insert a clause into an MOI which allows a company board to refuse transfer of shares without giving reasons? The previous Companies Act appeared to encourage the imposition of such clauses and in the case Visser Citrus [2014 (5) SA 179 WCC] this take on the issue was upheld. Mupangavanhu attacks this judgement on the basis that refusal to transfer shares without giving reasons is repugnant to public policy. I tend to agree.

Garden leave is a term used in the protection of employers requiring an employee, whose employment has been terminated by him, requiring that the employee to serve out the duration of the notice period from home, with the intention of quarantining that employee from further contact with clients and confidential information. The conclusion, reached by Mupangavanhu, is that a court will not enforce a post-termination restraint which goes beyond what is needed adequately to protect the employer’s legitimate interests.

How does one deal with a company that will not declare dividends? Take a look:

Maintaining faith in the CEO was less a matter of empirical fact and more a symptom of a human need to find something to believe in at the end of a hard-earned day… Held out was the promise that everyone would receive grace if only he accepted the modern CEO gospel.

The end is nigh: a bunch of Chinese academics predict that climate change will affect not our supply of bread (that much) but will dramatically affect the supply of beer. Apparently crop modelling predicts a shortage of barley leading to a drop of beer supply in, by way of example, the US of 15 – 20%!

PC: pangender, polygender, transgender, androgyne, gender-fluid, demigirl… an Australian study has identified some thirty non-binary s*x/gender options. Eish. Whilst on the topic, I had often wondered why questionnaires refers to one’s s*x rather than gender? In looking this up, it appears that s*x refers to one’s reproductive system and gender to one’s gender identity: clearly, I was wrong to equate the two.

Trump will seek the end to the right of citizenship to children born in the USA to non-citizens and illegal immigrants. This appears self-evident: if you are not supposed to be in the country how can your child achieve citizenship?

What is the difference between a CEO and a vulture?

Vultures fly and at least have the decency to wait until you die to eat you. 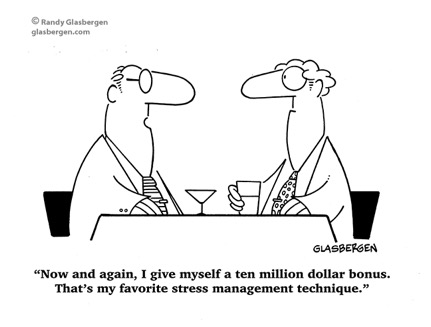