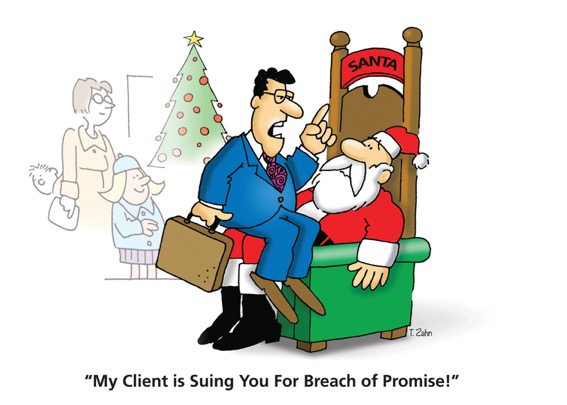 The first time is a mistake; the second… When a clerk, my secretary was the erstwhile shot-put and discus champion of the Eastern Cape; not a lightweight by any means…Incensed but co-guilty, I had, late-night, insulted her on tape. Unpleasantries forgotten, I rose to meet her in the morn. She mo*red me, decked me and proceeded to wail publicly in my boss’ ABSA foyer.

I negotiated (read, apologised broken-record style, with enthusiasm) sans brilletjie and with one eye shut (toeged*nn*r) in small-town public.

I watched my temper and my tongue, for a while… One forgets though…

This will be my last Snippets for this year.

Enjoy the festive season; take a break. Have a frosty.

The Auditor-General reports an irregular first and second tier government spend of R51bn. Add to this a similar non-compliant spend by SOE’s of 24bn; mind boggles when politicians speak of oversight and other challenges. That wonderful racial stereotype where the police are British, cooks are French, and lovers are Italian, leads one to wish that Mr Gordhan was German. Achtung!

Three months ago, it was reported that the Eastern Cape government owes 8400 service providers R2bn: this has caused builders on 37 Eastern Cape schools under construction, to walk off site. The education spokesman attributes this to “interdepartmental reporting” challenges.

The above leads one to consider a sentiment, expressed by the UCT Graduate School of Business keynote speaker this week: “We know what we need to do in South Africa. We’ve probably got the money but damn, we not good at consequences.” The gentleman (van Schalkwyk) is a corporate executive in the Auditor-General’s office: he estimates that 98% of irregular expenditure of public funds in South Africa is not followed up in any meaningful way. Furthermore, he estimates that such expenditure is increasing at the rate of 200% over the last year.

Capitec has bought Mercantile Bank. This gives that innovator direct access to the business market. This is going to be interesting.

An interesting note on our stock market value declines: from five-year highs, the biggest loser was not Steinhoff, but Aveng and Group Five: the latter two lost 99% of their value.

I’m not a follower of that newspaper, but I noticed an article in Die Vryburger to the effect that Germany will not invest in South Africa as long as BEE is not scrapped: http://www.dievryburger.co.za/2018/11/duitsland-klap-anc-onderstebo/

I confess to being surprised; does anyone know whether this is fake news or not? I was not able to determine this.

As you were: looking at the free trade deal that the UK and EU are negotiating, it appears that the UK wants everything under a free trade agreement which it used to have!

WesBank has introduced DebiCheck: a debit order where the customer is asked to electronically approve the first debit order deduction. This should put a brake on those who allegedly abuse the system of payment. Take a look: https://www.wesbank.co.za/wesbankcoza/account/debicheck/

Spin: Momentum was surprised at the incorrect impression created by its recent refusal to pay out on a life policy (where the insured was shot) owing to his not having declared an irrelevant health fact. Reportedly, that company will pay such benefits in future from another fund where the insured meets a violent end. Who cares what fund they pay from? And no, a belated enthusiasm to pay others, who were similarly affected, is not going to endear that company to the public. The fact is; if Momentum had not been publicly chastised, this would not have happened.

Eskom lauds itself for not having to implement stage 8 power cuts: really? Clearly the understanding, that it did not have sufficient coal reserves/suppliers, came unexpectedly!

Trade unions have warned that they will shut the SABC down if it continues with proposed retrenchments. (Aside from radio services – when last have you actually watched an SABC news bulletin?) If they but would!

I gather that President Ramaphosa has signed the National Minimum Wage Bill, which will, when it comes into effect on 1 January, set the new minimum wage at R20 per hour, together with three other bills –

Dieting is big business: the case against carbs strengthens: take a look: http://foodmed.net/2018/11/harvard-case-against-carbs-for-fats-grows/

BetterBond says that the affordable sector of our property market is performing well. It quotes statistics from some deeds offices, which shows that bonded transfers of such properties are some 10% (and more) higher than the equivalent six-month period, last year. Interestingly, bonded transfers in this sector accounted for some 60% of the total, with the balance being transactions for cash.

Property360 predicts that the residential property market could pick up after the general elections next year.

That edition also ran an article in which the writer said that the municipal costs, associated with running a commercial building, is so high that better returns are to be had in other countries, such as Eastern Europe. As a South African, it is clear that such costs are unavoidable given the challenges that our virtually bankrupt government faces.

This week past I was again reminded of a bête noire of mine on the reading an ABSA will: the last clause comprised a standard disclaimer. In a will? To my recollection, the debate on liability leading to this, started in the early 80s when one of the big four banks settled a claim, emanating from an incorrectly drawn will, outside of court. The issue is and was this: aside from attorneys (most of whom should not draw wills anyway) how can one hold an entity, which one knows does not have specialist training in the field, responsible, if that entity makes a mess of an inheritance? Anyway “free” wills are anything but: they are fly now, pay later schemes. There is no way your bank/accountant/lawyer does anything free of charge. If you don’t believe me, look at the marble receptions of any of our trust companies.

This week I received a teaser from a bunch named Estate Asset Research which says that it charges 15% of the value of (un-traced) assets retrieved in favour of a deceased estate. I am aware that, many years back, such as they traced beneficiaries of unclaimed estate funds on a similar basis. Is there anyone who has used their services – or those of others like them? I’m quite curious: does one reflect their 15% charge as a cost of winding up?

“The main problem that arises in the current expropriation matter is that there are those who believe that the will of the majority at any point in time trumps the constitution. But nowhere does the constitution say anything about a decision being justifiable only because it is supported by the majority,” (An example of this is the death penalty)

I am repeatedly amazed by the brazen incompetence/wilfulness in the political arena that our leaders simply walk away from. Our Auditor-General reports irregular first and second tier government spending of R51bn. How many heads will really roll? Three of our provinces received a 5% or fewer clean audits. The cost of state capture has been estimated at billions of Rand. Yet the party in charge seems content to let matters drift on with only those changes which will not overly disrupt political control, being made. This is akin to you not firing the bookkeeper that steals from you. Absolutely remarkable.

Call a Boer (particularly the red-meat-eating, Klippies and Coke version) a Rockspider in the Western Transvaal, and make ready for the consequences. Interestingly, I was told by an Anglo-Boer war expert that this term derives from the battle of Majuba: the Ingelse were ensconced on top and, in the early morning light, they saw these khaki-clad figures climbing the slopes and jocularly referred to them as Rockspiders. As history would have it, the Rockspiders carried the day and the term passed into history. I consequentially wore the Rockspider badge (and sent my children to a rockery) with some pride – only for this to be dashed when discovering this week that, in Australia, this term is applied to paedophiles!

The term Black Friday apparently derives from Philadelphia, where the bad mood of harassed policeman trying to control traffic on the day after Thanksgiving was thus described (Times Select).

A senior SANDF officer told me that we have 500 generals and a standing army of about 78,000. That is a ratio of one general two hundred and forty men. The only objective outside check that I could find for this is a fifteen-year-old set of promises that the army would reduce the number of its generals. Yet, we have just appointed 19 new one-star generals. Just that appointment, this results in a ratio of 4000 to 1.

Laughable? Possibly: When it comes to our own people, South Africa, you only get cents, but outsiders get the money. This is the time to stop that. To stop that, Hlaudi is going to be the future president of South Africa.” Motsoeneng-who- did- not- bankrupt- the-SABC.

Over and above the call of duty: firefighters managed to save 90,000 L of brandy during a Paarl fire. That is dedication: give that man a..dop?