One suspects that our government is faced with a particularly awkward choice: the ANC cannot now (should not?) disown implementing radical land reform. If it does implement such reform and recession does follow, Mr Ramaphosa will be hung out to dry, given his promises that this will not happen.

Absa’s PMI for August has dropped to 43.4, the lowest in more than a year. Stats SA showed that this sector had shed 108 000 jobs during Q2. This is quite disturbing.

I love this: the government plans “long term intervention in petrol price hikes”. Factually it can only reduce taxes or smooth the hikes using accumulated funds. Intervention sounds great but, in the long run, simply refocuses the loss of revenue somewhere else.

Comfort food: when the going gets tough one needs a drink- right? Reassuring to find that, when it comes to beer, life here is still good… 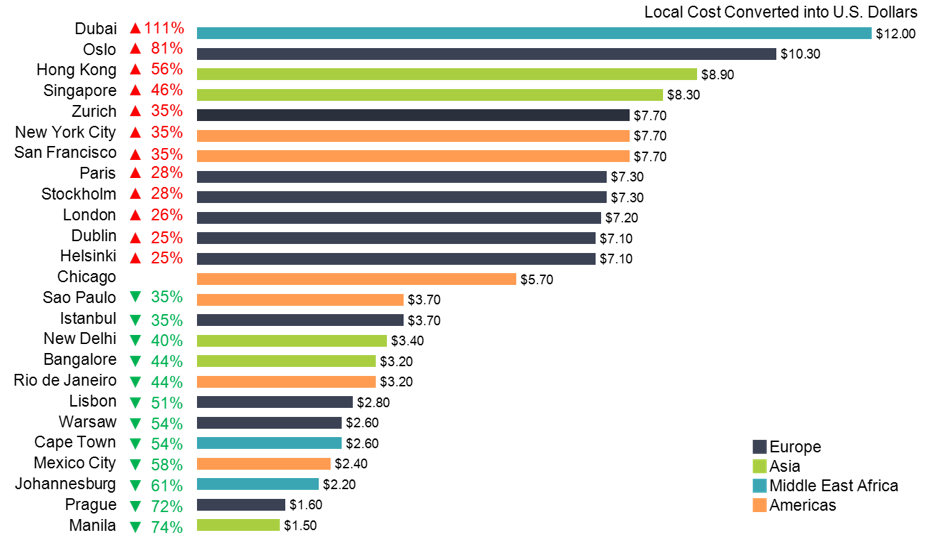 FIRE: an acronym for Financial Independence Retire Early. The question is whether the daily grind/rat race is getting to you and whether, in the long run it is really worth it? Google Fire+ retire early.

In the halcyon days of yore, the Pietermaritzburg deeds office would take in some 1400 lodgements per day. This is down to just over 500. I asked why? Interestingly, the answer lies not primarily with our poorer financial circumstances, but the State virtually ceasing its push on granting title to the poor. Make your own deductions.

The FNB House Price Index has slowed further to 3.5% in August, negative when inflation is considered. In fact, this is the third consecutive year of a real house price decline in South Africa.

IOL reports that about 40% of people selling property in South Africa are doing so to downscale. Only 11% sold in order to upgrade. Quite depressing isn’t it?

Economist Johann Bornman, who maintains a database of agricultural land transactions dating back to 1994, says that the latest statistics show an average drop of 32% in farm prices this year with high value agricultural land reflecting a 40% drop. Interestingly the drop by (those listed). Province was-

The bottom line is that further borrowings by farmers, leveraging off farm properties, is going to be difficult this year.

The latest property scandal is the CFO of CSOS being suspended, pending an enquiry into allegations of gross negligence, dishonesty and dereliction of duty, relating to an R80m investment in VBS Mutual Bank. Politics.

Lexis has published a list of municipalities for which it facilitates rate certificates. If you do not have a copy, ask me.

You must love what is happening at the State Capture Commission: Duduzane, Faith, Ajay – the implicated/accused, wish to cross-examine but not testify. Yes, the basic tenet of our profession holds that all are entitled to legal representation even if guilty, but I could not help but wonder whether those, appearing on behalf of these worthies, can still cringe?

For those who have not yet seen the Western Cape High court decision that Muslim marriages should be acknowledged in our law: http://www.saflii.org.za/za/cases/ZAWCHC/2018/109.html

Built up properties should be sold subject to obtaining an electrical compliance certificate. Generally speaking, a purchaser cannot see whether the electrical system in a house is compliant and must needs rely on this certificate. Can the seller, and, is this a latent defect?

A recent case, in which such a certificate was issued and, despite the seller, knowing that one could not touch the energiser for the electrical fence, as it would shock you, pleaded that this was a latent defect of which she was not aware. The question was this: was the seller unaware of the problem with the electrical system and could she rely simply on the electrical compliance certificate? The court drew the inference that the seller had deliberately concealed this information and did not buy her argument.

Slovenly drafting by municipal legal advisers and conveyancers, result in often chaotic conditions which bind the first owner in part and, confusingly, in part, his successors in title. Such conditions were customarily brought forward in titles for decades. Increasingly (and properly) the Deeds Office is insisting that these be expunged or dealt with. Of late, a decision, that the non-exercise of a repurchase servitude by a municipality, is subject to prescription,  has made waves.

I hold a recent article by the redoubtable Prof Sonnekus on the topic. It is dense, in hoge Afrikaans and for the determined only. Ask me for a copy.

“You’ve got to get your first tackle in early, even if it’s late.”

The land expropriation debate is driven by irrationality and,  rational comments, like the following, will undoubtedly have little impact: https://www.moneyweb.co.za/moneyweb-opinion/soapbox/government-is-sabotaging-growth/

The term esq. was used much in the past for landed gentry; I have a friend, whilst not quite a gentleman 😉, is certainly a landowner of note. He tells me that privately owned blocks are subject to rigorous safety standards, including booster pumps for fire prevention and the like. Failure to comply would render one liable to injuries that occurs as a result. Would the same standards apply to the state? I look forward with some anticipation to the fallout of the disastrous fire in Gauteng which destroyed the Civitas building owned by the State. Virtually immediately thereafter, the state announced that it would be complying with safety standards for all its other presumably non-compliant buildings? Only then? One wonders who will take responsibility for the damage/deaths which resulted from a building that was only 21% compliant with safety standards?

I am a self-confessed fan of Jonathan Jansen, who now writes for Times. This week, he takes on what he refers to as a culture of academic disregard evidenced by a report that students, at a local university, walked out as they felt that the exam was too hard. He seeks the explanation for this in the student activism of the 1980s and a refrain of Pass one, pass all and the progression of learners in schools (we are all supposed to pass). I cannot pass the content on as this is restricted. Marketplace discrimination by University is not new – in the early 90s I conducted a statistical exercise which showed that then black students would not attend certain universities as they felt that the standards were not up to scratch. Not that easy when one does not have a choice.

Peer pressure: I have always been discomfited by membership of anything which requires secrecy. Consider the Parktown Boys school and the breaking of the Code of Silence. No decent man should belong to any grouping of which you cannot speak openly, be that the Broederbond or a private shool with ingrown toenails.

Q: How can you tell if a prop is walking, jogging, running or sprinting?

Q: Why do people tend to hate Australian Rugby players on sight?

A: Because it saves time.

Q: What do you call a Welshman holding a bottle of champagne after England versus Wales?

Q: What you call a Welshman with a web Ellis trophy? 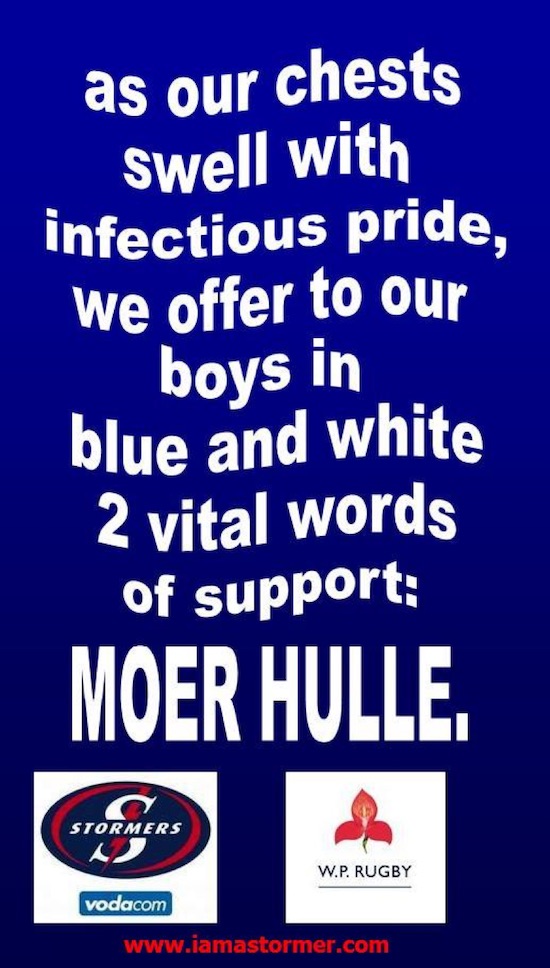