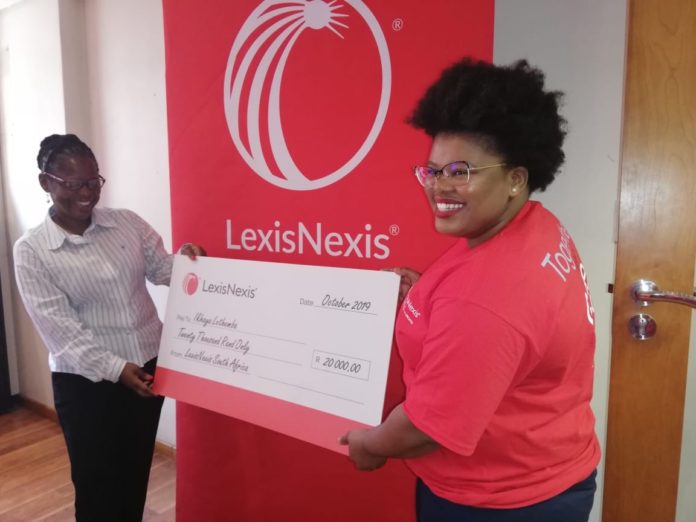 Throughout October, various charity organisations and NGOs across South Africa were the beneficiaries of the annual RE Cares Month, a global community outreach programme spearheaded by legal technology company, LexisNexis South Africa, through its international parent company, the RELX Group. Cares Day encourages RELX employees to play a positive role in their local communities and this year the common theme of the initiative in South Africa was to support organisations that make a difference by empowering women and children.

Billy Last, Chief Executive Officer of LexisNexis South Africa, explained: “Globally RE Cares supports employee and corporate engagement that makes a positive impact on society through volunteerism and giving back.

“In South Africa employees in five cities volunteered their time and skills throughout October to give back to our communities in a number of different ways. Our employees care deeply about adhering to the highest standards of behaviour and working collaboratively to improve the lives of others in our surrounding communities.”

The Durban team handed over care packs and made a monetary contribution to St Thomas Home for Children in Sydenham. The Durban head office also hosted its very first Careers Day. The gathering aimed to enrich the minds of learners from schools in KwaMashu, Ntuzuma and Umlazi. The youngsters heard about the company’s global purpose of assisting clients to uphold the Rule of Law and shadowed individuals from a variety of areas within the business for a glimpse of what they do, how it impacts customers, their study paths and what they consider their strengths. The aim was for the learners to walk away inspired and armed with information that would impact their lives and career plans positively.

In Johannesburg the LexisNexis team supported iKhaya Lethemba in Braamfontein which is a one-stop centre that supports women and children who have been victims of abuse. LexisNexis ran a Teddy Bear Drive and bears were collected and donated to the home as part of the child care initiative which supports child victims during case proceedings. Care packs of toiletries and personal goods were donated for women housed at iKhaya Lethemba, while stationery was donated to the centre’s in-house creche. A monetary donation was also handed over to the home presented by the social committee and LexisNexis South Africa HR Director, Gcobisa Ntshona.

The LexisNexis Cape Town office held a sandwich drive that fed 1150 children at Voerspoed Primary School in Hanover Park. They also put together comfort packs of toiletries and personal items on behalf of the Rape Crisis Cape Town Trust in Observatory to distribute to rape victims during the reporting process.

Staff in Port Elizabeth supported the Santa Shoe Box Project with a donation of personalised boxes of essential items, toys and treats for underprivileged children throughout South Africa and Namibia.

In East London Lee-Ann King, National Deployment Manager at LexisNexis South Africa, led the handover of more than 9,000 sanitary pads to 710 girls at Gasela High School in Mxhoxha near King William’s Town and Lumko High School in East London. This followed her fundraising efforts as part of her participation in the LexisNexis sponsored Thuli Madonsela Women’s Day Executive Climb up Mount Kilimanjaro in August, the second of two summit groups in this year’s Trek4Mandela initiative spearheaded by the Imbumba Foundation and its Caring4Girls programme.

Each year LexisNexis gives its employees two days off to volunteer for charitable organisations. This encompasses business-sponsored volunteer activities and charitable fundraising events, in-kind charitable donations and RE Cares activities.

LexisNexis’ business and corporate social responsibility efforts are guided by the company’s common global purpose of upholding the rule of law.

Rebuilding and the Rule of Law in aftermath of civil unrest