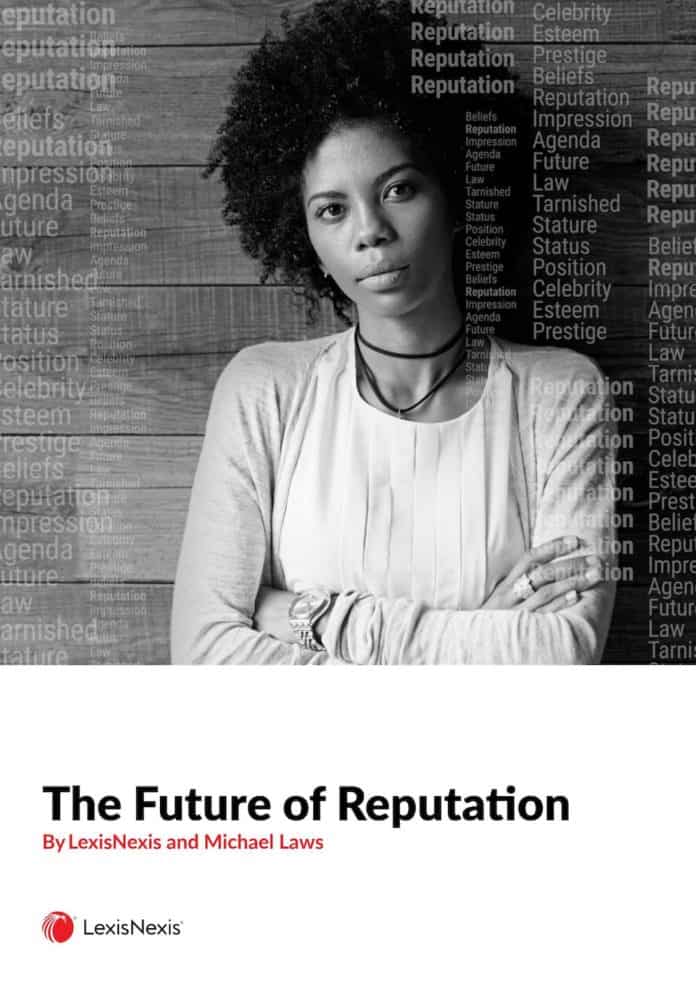 A new law and policy forecasting report unveiled at the two-day Legal Innovation and Tech Fest takes a fascinating look at the potential legal implications of our rapidly evolving “reputation economy”, in which social standing is increasingly managed in the manner of a commodity or tradable currency.

The report, entitled “The Future of Reputation”, explores the possible ramifications of Consumer Reputation Scores which are widely used by various institutions. It is the first commentary to materialise from a new legal forecasting think tank initiated by Advocate Mike Laws and supported with research expertise from LexisNexis South Africa.

Speaking at the industry gathering in Sandton, co-sponsored by LexisNexis South Africa, the company’s Product Development Manager for Case Law Solutions, Louis Podbielski, introduced the forecasting project and the conversations it hopes to initiate about how we could and should plan for the future. Dubbed ‘Sivyl’, its name is a neologism of Civil Law and the Sibylline Oracles which were divine revelations uttered by Greek prophetesses.

“Sivyl aims to produce comprehensive and persuasive insight reports that lay a basis for stimulating public discussion and debate, as well as engagement with leaders of business, government and civil society,” said Podbielski, adding that it was an honour to partner with Advocate Laws in raising important questions and provoking fascinating ideas about how the law could potentially adapt for the future.

“At the heart of Sivyl’s first law and policy forecasting report are questions arising from our fast-changing understanding and experience of reputation. The report looks at the potential future regulatory or legislative policy choices that may need to be adopted and the likely effect on individuals and businesses, as social values and technology continue to evolve and reputation continues to play an ever-increasing role in our lives,” he said.

The Future of Reputation considers various consumer personas and scenarios, and imagines four possible futures or quadrants. These vary in terms of the degree to which the future market may be either pro-consumer or pro-business, as well as the extent to which a future government would be willing to intervene in the market and to regulate relationships and activities between service providers and customers. Legal frameworks such as the right to dignity, the law of contract, the law of delict and the right to equality are interrogated as they pertain to reputation.

Readers are introduced to Thandi, a corporate professional boasting a premium-grade score with her bank, who is now facing low points and reduced benefits after the acquisition of her bank by her healthcare provider. The consequences are devastating for Thandi, with no opt-out provision in her contract.

There is also the scenario of Kate, a triathlon athlete who has two Olympic gold medals, but gets exposed for using performance enhancement substances. This has major reputational and financial repercussions for her. Kate’s story is set in a future reputation economy in which the State has decided not to intervene legislatively and the market has naturally evolved to benefit business at the expense of consumers.

Then there is Emma, a professional who fails to disclose a pre-existing medical condition. In this pro-company scenario with State intervention, Emma is convicted of reputation fraud, fined significantly and ordered to carry out community service.

In the final pro-consumer scenario, also with State intervention, the report explores the tale of Sam, a former student and now young mother whose lack of a credit history and resulting poor reputation scores cause her to be overlooked for her dream job.

In considering the growing use of reputation as a commodity, Advocate Laws points to recent developments, such as the introduction of social credit systems in China, the rise of professional social media influencers and the corporations and businesses already consolidating all our personal data and using it to create consumer profiles.

He says that trend forecasting has become big business, but notes a gap in legal forecasting. “In an age where major industry incumbents are being disrupted by emerging technologies and trends to the point of crisis, there is a heightened demand both in the private and public sector for expert insight as to where the future may take us.”

LexisNexis CEO Billy Last said the exercise of forecasting is of increasing value in an age where AI is gradually making more of the decisions that impact on the life of others, than humans.

“With Legal Tech now central to LexisNexis’ business and our ongoing digital transformation of the last 25 years, forecasting these credible scenarios where the law and technology intersect, allows us to explore how the law may possibly evolve and to creatively imagine what the future may hold in store for LexisNexis and its clients,” he said.

The full report can be downloaded at https://www.lexisnexis.co.za/news-and-insights/future-of-law

or by scanning the QR Code:

Direct any queries to:
caselaw@lexisnexis.co.za