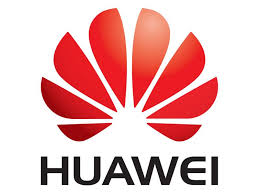 The Huawei Consumer Business Group has announced that it has shipped over 100 million smartphones worldwide in 2015, cementing its position as one of the top three consumer device companies in the world. Over the last five years, shipments of Huawei’s smartphones have increased more than 3,000 percent, from 3 million in 2010 to 100 million in 2015.
This year’s performance represents an important achievement as Huawei continues to grow and launch several global flagship devices each year that are focused on the premium market and integrate the best in creativity, design, fashion, photography and performance.

“Huawei’s success is not accidental. These results directly reflect the consumer demand for our products, and we’re proud to deliver premium smartphone devices to people around the world,” said Kevin Ho,

President, Huawei Consumer Business Group Handset product line. “The smartphone landscape is constantly changing as people look for devices that let them extend the boundaries of what’s possible. We look forward to continued growth in 2016 as we expand our product portfolio and partner with some of the world’s top brands to bring the best devices to market.”

This success is a result of Huawei’s extensive research and development efforts, diversification across markets, omni-channel strategy and the brand loyalty inspired by its products.

Research and Development:
Huawei’s expansive R&D efforts set the standard for the most unique and innovative consumer devices to hit the market in 2014. Last year Huawei invested 14.2 percent ($6.3 billion USD) of its annual revenue in R&D while securing 76,687 patents, 18,000 of which apply to Huawei devices.

Huawei has established 16 research laboratories in various countries including China, Germany, Sweden, Russia and India. Each R&D center is chosen for a strategic purpose. For example, Huawei’s research institute in Japan focuses on materials and technology, utilizing Japan’s spirit of pursuing perfection. In Paris, Huawei collaborates with the Paris Aesthetics Center to consult French luxury designers to ensure its smartphones reflect the most cutting-edge fashion trends. With R&D as its foundation, Huawei has achieved an important balance constantly improving its product concept, hardware architecture and EMUI user interface.

Diversification and Omni-channel Strategy:
2015 marked a significant shift in Huawei’s market strategy. While Huawei experienced excellent results in the mid-to-low-end market, this year it launched a series of premium smartphone to expand its portfolio into the high-end market, attracting attention from consumers across the globe. To meet the growing demand for Huawei devices, Huawei established over ten thousand experience centers and franchised stores in China and will open 1,000 additional stores in 2016. By leveraging brick-and-mortar establishments where consumers can hold and try using the devices, quality online and offline retailers and streamlined distribution channels, Huawei is expanding the reach of its devices to people everywhere.

Looking Forward:
Huawei employs the world’s most elite engineers and developers to deliver exceptional results. Driven by their passion for perfection, the Huawei team works tirelessly to provide consumers with the best experience and develop products that are truly worth pursuing.

2015 signifies an important milestone for Huawei, with its record-breaking domestic smartphone shipments and recognition as a top-three smartphone brand worldwide. Huawei is confident that it will continue to disrupt the global smartphone market in 2016.

About Huawei Consumer BG
Huawei’s products and services have covered over 170 countries, and a third of the population in the world, ranking third in the world in mobile phone shipments last year (2014). Sixteen R&D centers have been set up in the United States, Germany, Sweden, Russia, India, and China. Huawei Consumer BG is one of Huawei’s three business units and covers smartphones, mobile broadband devices, home devices, and cloud services. Huawei’s global network is built on 20 years of expertise in the telecom industry and dedicated to delivering the latest technological advances to consumers around the world.

Nokia 7 Plus: the flagship hero for everyone