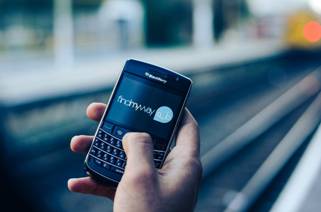 The service was launched as a beta mobi site in October 2012, where it has since provided a one-stop portal of public transport and commuter information for Cape Town. The initiative – launched by successful start-up WhereIsMyTransport – has now opened its platform to all South Africans.

The service now offers transport information for 15 transport providers across Cape Town, Johannesburg, Pretoria, Durban, East London and Port Elizabeth. In addition to the service being made available via the mobi site, FindMyWay has also made it available as a free app for BlackBerry® smartphones running the BlackBerry 7 OS.

The Cape Town-based founders of WhereIsMyTransport, Devin de Vries and Chris King, launched the platform to offer better ways of connecting people to their city’s public transport systems. It addresses the lack of a centralised place to find public transport information in South Africa.

He adds: “Use of the service via the native apps will provide users with an enhanced and intuitive experience. Going forward we’ll be able to alert them to delays on their commute routes or changes in public transport schedules in a timely manner, for example.”

“By making public transport data more accessible, we hope to encourage more people to use public transport as a sustainable daily commuting option. With a tool like FindMyWay, only a button press away, people will be able to explore more, reduce their carbon footprint, and be more in touch with their city,” says De Vries.

The service is available at www.findmyway.mobi or as a free download on the BlackBerry® World™ storefront.

FindMyWay will continuously evolve with added features and services to benefit members of the public. If you have any suggestions or feedback on the current service you can contact FindMyWay on hello@findmyway.co.za