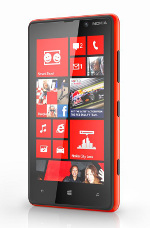 Nokia’s flagship Windows Phone 8 smartphone, the Nokia Lumia 920, is now available in South Africa.
Boasting the latest advances in imaging technology, a pixel-rich super sensitive touchscreen, the best navigation offering, wireless charging and Nokia’s largest ever battery, the Lumia 920 brings real innovation to the competitive smartphone market.
Using advanced floating lens technology, Optical Image Stabilization (OIS) allows the camera in the Nokia Lumia 920 to take in five times more light than competing smartphones, making it possible to capture clear, bright pictures and video indoors and at night. It also compensates for hand movement while the photo is being taken.
The Nokia Lumia 920 also comes with Nokia City Lens which – using augmented reality – overlays information about restaurants, shops, hotels and more on the surfaces of buildings, when viewed through the camera lens. Along with enhancements to Nokia Drive and Nokia Maps, the Nokia location suite of services represents the most comprehensive, integrated mapping experience of any smartphone.
The new curved, ultra-sensitive 4.5”, PureMotion HD+ screen sets a new benchmark for smartphone displays. The display is so sensitive that you can use the phone while wearing gloves, a feature that will come in handy during winter. 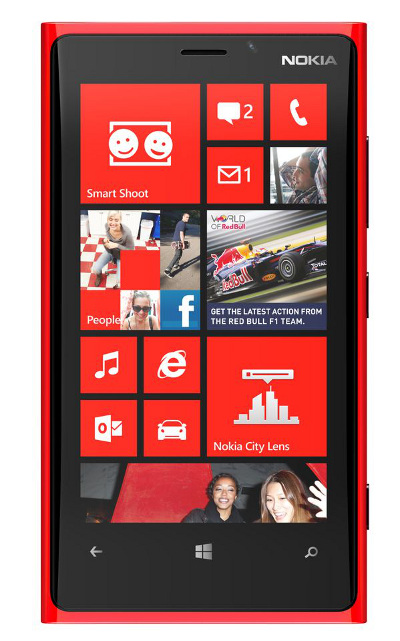 Powered by Windows Phone 8, the new smartphone offers a more personal experience, with a start screen that can be easily rearranged to reflect individual priorities and new animated Live Tiles for real-time updates on the things that matter most. The ability to sync content between Windows
Phone 8 smartphones, Windows 8-based PCs and tablets or Xbox means files, music, pictures and video can be accessed conveniently. Internet Explorer 10 offers faster, safer browsing and Microsoft Office apps make Windows Phone 8 the easiest platform if you want to get things done.
The Nokia Lumia 920 will be joined by the Nokia Lumia 820 before the end of the year. A stylish, mid-range smartphone, the Lumia 820 delivers high-end performance in a compact package. Offering the same unibody look and feel as the Lumia 920, the Lumia 820 comes with an exchangeable shell that not only makes it possible to select from a range of colours, but also to add wireless charging. Beneath the shell is room to insert a Micro SD card.
Both the Nokia Lumia 920 and the Nokia Lumia 820 will be available in red, white and black and both phones will support pentaband LTE.
Contributed by: