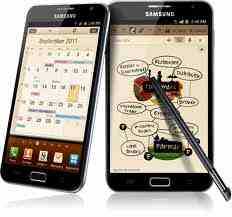 Is it a tablet?…is it a phone?… no it is both! Or should we say a bit of both – while it is large for a phone it is very small for a tablet. From my experience I found it to be a good device with solid performance.

As a phone goes, your first impression is to be a little alarmed at the size, it is longer and wider than the old Nokia e61 I used many years ago – and that was known as a large device. But, once over the initial concern the size grows on you. For men the device fits perfectly into your pockets and on the ladies side, I’m sure there is spare room in the handbag – it should also be easier to find when you scramble to find the ringing phone in the bag. Holding it to your ear during calls gets people’s attention – but so far the comments were more about what the phone was and how well it worked, not about the size. Usage of the phone and getting to know the operating system was quick and easy. The device is thin and looks rather swanky – buttons and labels were logical and visible. 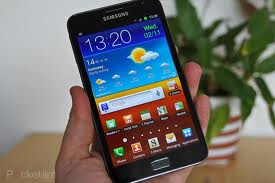 Video capture is good, crisp image and handled the change in lighting rather well for a phone camera device. The audio recording is good and there was no limit on the recording time, I imagine as long as you have memory space, you can record. The camera for taking stills is impressive; just make sure your fingers on your left hand are well out of the way when taking landscape photos. Sharing the media after recording is simple and available immediately. Good all round on media recording.

While not blindingly fast, it never has you waiting for any applications. Although this is largely dependent on the application you are using.

Good enough to be able to listen to while you are busy outside, but not tablet quality. 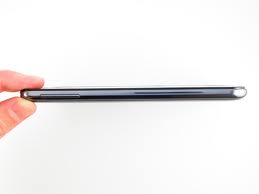 The phone functionality is practical and the usability is good. My only black mark against this device is the sound quality during calls, I found it distorted and difficult to hear what people were saying – the mic for the phone seems OK as nobody asked me to repeat myself.

Rather impressive as smartphones go, I would get an easy 2 days on a battery charge. Obviously if you run a video or GPS for a few hours you are going to get way less battery time.

I synchronised my Google contacts with the device – something I do with all the phone devices – otherwise importing and exporting contacts would be a full time job for me. The contacts interface is easy to use. By clicking on the picture of the person you get a popup menu of different ways to contact that person, which is both logical and effective.

The Gmail application for email works well and the bigger form factor makes reading emails better than other smaller devices. The social media, Social Hub, is functional and it is nice to have the social networking messages in one place – but I find that separate apps for each social network more effective. 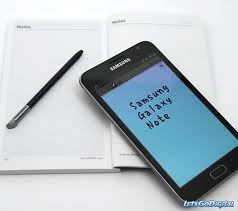 Polaris Office to work with standard Office documents is workable. What I did like about the device was the layout of the virtual keyboard and the fact that number are on the same “keyboard page” as the alphabet keys. As you can imagine “Tech4Law” is a real pain to type if you have to switch between alphabet and numeric keypads. But, having the comma on the alternative keypads is not clever. While using this device, most of my messages had a lot of full stops and not many commas. I’m sure there is a way to edit the keyboard layouts – but the default should address most of the users.

I enjoyed using the Samsung Galaxy Note – if I did not have a tablet device I would think it would be a good choice of phone for me – unfortunately I do own a tablet and I feel that a device between a phone and tablet would not be used effectively. All those out there that don’t own tablets, this is a good device. My parting point on all smartphones is that you should test the device before you buy one, most of us are stuck with the device for 2 years – make sure you are going to enjoy it.