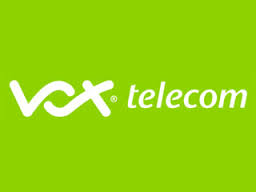 The decline of RIM and increasing diversity in the smartphone market are driving more South African CEOs to take a hard look at their mobile device management (MDM) strategies,

says Will Hardie, executive head of Enterprise Mobility, a division of the Vox Telecom Group.

“Blackberry still dominates South Africa, with several surveys estimating they hold around 40% of local market share,” says Hardie. “But things will look very different in 12 months. RIM has lost its global tech edge, and the BBM service that has driven so much local adoption is finally seeing serious competition from rivals like WhatsApp that aren’t tied to a single platform.”

Hardie says the trend of enquires Vox is receiving suggests that local corporates who’ve built their mobility strategies around Blackberry Enterprise Server (BES) are being forced to adapt due to the twin pressures of RIM’s decline and the growth in bring-your-own-device (BYOD) policies.

“There’s a very strong global trend away from trying to dictate to users which mobile devices they can bring into the corporate environment,” says Hardie. “If you want people to be productive and available even when they’re out of the office, they’re going to want to be able to choose their own devices, and right now iOS and Android are where the action is. That’s before we even consider tablets. The mobile device landscape is going to continue becoming more diverse for some time.”

Vox Telecom Limited is a leading telecoms operator, providing voice, data and collaboration services to the southern African market. The Group competes in both the business and consumer sectors and has offices in Johannesburg, Pretoria, Durban, Cape Town and Port Elizabeth as well as in Windhoek, Namibia. Vox Telecom, established in 1998, has established itself as one of the major players in the telecoms market and is the largest black-owned telecommunications company in South Africa.

More information is available at www.voxtelecom.co.za.