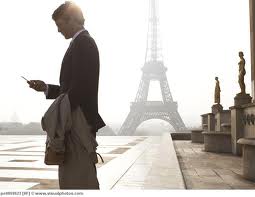 Yesterday I returned from a trip to Europe where I was in telephone contact via Skype and obviously stayed connected with Internet access throughout the trip – all done rather economically.

Before I left for Europe, I added €10 credit to my Skype account to allow me to make cheap calls anywhere in the world, but mainly to call South African numbers while overseas.

I then added a Skype incoming number to my Skype account – people also use for people to call you from international telephones, without the need for Skype. It was needed so that I could forward my cell calls to a “local” telephone number, adding only a local call charge to people calling me from South Africa.

I then tested this good number of times before leaving – in fact way too much, but I wanted to make sure I could use it when away.

I should have done more research on the connectivity in the countries and towns I was going to as some were better than others.

The best connection when travelling is a wifi spot – and even with these there were good and bad – the B&B host wifi accesses were the best – the public free zones were bad. Although for browsing they were fine, for Skype they were bad – but it may have been the poor internet connectivity of that area to be true.

3G from Vodafone was shocking in Madeira – even the browsing was bad – rather sad knowing that all the undersea communication cables in the Atlantic Ocean have a junction there.

Most places we stayed had wifi – which is great and worked rather well with Skype, people were always shocked when told we were in Europe.

Check each place (Country, City, Suburb, B&B/Hotel/Business) for their kind of internet access before travelling. If you are going to need 3G – use the network that your hosts use – so that when you need help getting connected, you can use their phones to make a free service call. Locate the 3G store outlet and check their data packages.

The wifi was mostly free, although I did pay €1.50 for 15 minutes access at a hotel.

The 3G in Madeira cost me €5 connection cost and €10 for 10 hours access, which I recharged once while there – so in total that cost was €25.

My Skype credits cost me €20 and to setup a Skype number cost another €15 for 3 months.

In total it was €61.50 – which enabled people to call me as if I was in SA, full internet access and allowed me to call people in South Africa from a local Durban number. Our stay was for 3 weeks.

All my work, which included posting to Tech4Law was done through my iPad, but be warned some advanced editing options you need on a PC browser don’t always work well on an iPad. If you are going to use the iPad as the only tool when abroad, test it a week before you go, to make sure you don’t need to take a notebook or Netbook with you for the advanced stuff.

I would say that for short overseas trips it would be a better idea to use call roaming, but make sure your data roaming is off.

Also, the downside of using Skype is that your SMSs cannot come back to you on Skype – it only allows you to send the SMS, not receive them. There are services that can forward your SMSs to email – but I left my phone with my daughter and she forwarded the SMSs to me via email.