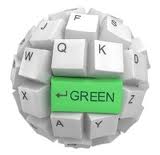 More often than not, when companies are asked how they are reducing their electricity bills or even carbon emissions, they’ll mention their lighting retrofits, their recycling initiatives, their partnerships with other organisations or their logistics’ department. The IT department rarely, if ever, features – despite being a significant contributor to energy costs.

South Africa aims to introduce carbon taxation in the 2013/2014 tax year, and we’re already seeing required integrated reporting for JSE-listed companies – all on the back of a 78% increase in energy prices in the past three years. It is crucial that all business areas are on board when it comes to reducing electricity usage.

How PCs are wasting energy

We recently conducted an analysis of one of the top 4 banks in the country and found that over 90% of their PCs were being left on overnight. In this case, the IT department had been conducting security patching after hours and instructed staff to leave their PCs on for that specific purpose. It’s something we rarely think twice about when we’re leaving the office, but the 1000’s of PCs that were being left on consumed energy with an associated 7 500 metric tons of CO2 emissions. They also incurred a hefty R4-million electricity bill per annum as a result– without any employees at their desks

The sad part is that the waste is unnecessary.

Simple tooling can shut PCs down and “wake them” remotely without making any changes to network security whatsoever, but a lack of education and understanding about the options available in the PC power management tech space has kept companies from running as efficiently as they should. To be specific, IT administrators still mistakenly believe that wake on lan is not “enabled” on their network and that they have no ability to wake devices for patching purposes. (Some IT administrators still believe that it’s not “good” for PCs to be continually be switched on and off – which may have been true in 1980, but it’s hardly relevant in 2012.)

Servers are yet another source of IT electricity waste. Gartner has revealed that 12-14% of the world’s servers actually have no use whatsoever – but most companies are hesitant to take action to remove or optimise them, because they are terrified of losing data. Yet by forcing the server software into the lowest energy-using state while running non-critical functions (such as antivirus checks overnight), you can cut your server energy use by as much as 12% with no impact on performance.

The reality is that there are tools available that can overcome tech limitations, without any changes to network security or regular operations whatsoever. Unfortunately, we aren’t using them.

Make eliminating IT waste a priority

There really hasn’t been a compelling reason for CIOs to reduce their electricity usage or carbon emissions. CEOs aren’t putting pressure on IT executives to reduce energy and there is no legislation compelling them to do so. However, the imminent carbon tax and Eskom price hikes may soon place this issue squarely on the agenda of every CIO.

By taking responsibility and investigating existing technology that can streamline inefficient operations, companies can reduce their energy bill and “green” their IT departments in a matter of weeks…and go to bed with peace of mind.

sustainableIT was founded in 2008 and swiftly became the market leader in South Africa in the fields of green ICT and sustainable computing. The company offers leading edge technology solutions and consulting services either embarking upon a carbon reduction strategy or wishing to run their IT departments more efficiently in terms of energy consumption and man power. sustainableIT recently expanded their operations into Australia.