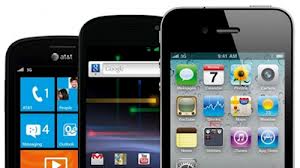 Microsoft has committed a very large chunk of its development budget to make Windows 8 the product which will firmly establish Microsoft as a dominant player in the computer and mobile market.

From a position of total dominance of the IT market in the 80’s and 90’s, Microsoft has been forced to accept the gauntlet thrown down by Apple and Google for a challenge against its supremacy. The battle which followed saw Apple grow rapidly as it created and dominated the alternative markets of the tablet and smartphone. So much so that Apple has overtaken Microsoft in value and has established itself as the new leader and innovator in the market. Fifty nine million Apple iPads later, not many people can question that there is a new king on the IT throne.
In the meantime, Google has used its total domination of the search engine market and smartphone operating systems to embark on a stealthy onslaught on the battling giants. Google’s Android has become the de facto standard operating system (OS) in smart phones from Samsung, HTC, Nokia and others.
The operating system market share for desktops is totally different to the market share of tablets and smartphones. In the desktop market Microsoft still dominates with 45% of the market for Windows 7, 41% of the market for Windows XP, and the various Apple OS’s amounting to less than 10% of the market. (October 2012 data supplied by Netmarketshare: www.netmarketshare.com) 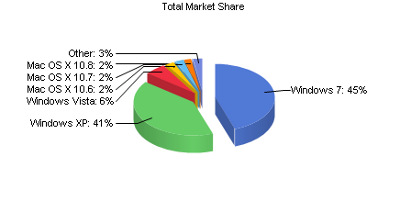 When one looks at Tablets and Smartphones – Apple dominates, because of its total domination of the Tablet market. Apple iPad has 33%, iPhone has 25%, Android has 24% and the rest follow. 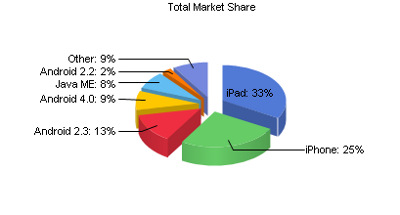 The figures for the mobile market excluding Tablets are very different, and this is where Windows 8 needs to make a massive impression to remain relevant. Currently Android has over 61% of the mobile market, with Apple on 21% and Windows, Blackberry and the combined others sharing more or less equally the balance of the market. (This is according to research from International Data Corporation (IDC)) 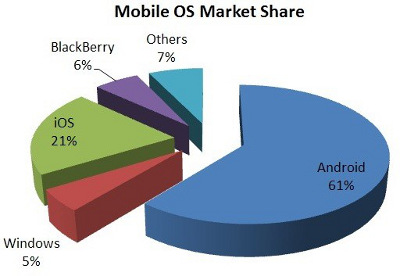 So enough of all the facts – what does all this mean to Microsoft and Windows 8? Having used Windows 8 on a desktop for a week, I must say it is a very comfortable OS and very easy to use. However it has many features which are unfamiliar to a new user, but then this would be the same for a new user of any operating system. The phones work in a very similar manner, as does the Surface. The operating system is totally optimised for touch screens, and will only be found on touch screen phones and Tablets.
Compared to the firmly entrenched Android and iOS phones, Windows 8 is a friendly alternative, but it does not offer a huge incentive for users of other operating systems to move to it and its future will probably depend on the devices that will be sold with it as the native OS. These will need to be winning phones to win support and users. Do the big manufacturers like Samsung and HTC have enough reason to move away from Android to Microsoft? I think they will all offer Windows 8 alternatives to ensure they have a footprint in this market, but I think it unlikely that anyone will unseat the big 2 at this stage.  For Nokia, the Windows 8 phone is critically important. They have launched the new Lumia 920 as their initial Windows 8 phone, but have ported their entire smartphone line onto Windows 8. Nokia CEO Stephen Elop said that Nokia had joined forces with Microsoft because it needed a partner in its battle against Android and iPhone.
In Tel Aviv at the launch of Windows 8 PC and tablet operating systems, (October 29th) Steve Ballmer, Microsoft CEO said that that the new systems would help drive Windows 8 Phone sales, as both platforms offer a common user experience.
“The initial reaction to these products has been really, really phenomenal … And if you look at how people will get Windows 8, the truth of the matter is more people over time will get Windows 8 by buying a new computer than by upgrading old computers,” Ballmer said.
“We are still relatively small … I expect the volumes on Windows Phone to really ramp quickly,” said Ballmer, according to Reuters.
Only time will tell if the Windows 8 phone will become a serious competitor in the smartphone market. With Microsoft committing its largest marketing budget ever to getting the Windows 8 message to consumers it is likely that many people will find security in staying with Microsoft as a perceived established and safe brand. But will it be enough? Personally I think that the Redmond software giant may just have found the right product to upset the playing fields, and Android is likely to suffer more than the iconic Apple brand in this battle.
Contributed by:
Lex Faure
www.goMobi.co.za
This article first appeared in
www.bizcommunity.com