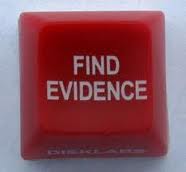 Symantec released the findings on their recent Electronically Stored Information (ESI) survey in EMEA countries covering 500 legal respondents from each country. We spoke to Tyrone Theodorides from Symantec and Paul Jacobson from Jacobson’s Attorneys on the outcome of the survey.

Tyrone mentioned that through his eight years of evangelising in the area of Archiving and Discovery ESI, he has built up a vast amount of experience and understanding in the ESI field. In August this year Symantec launched a research project to discover the importance of ESI to the legal process across EMEA countries, specifically in regard to legal matters. Tyrone said that just about all respondents said that the legal process is heavily affected by ESI.

Paul said that the requirements for retention of documents and electronic records have been around for a number of years and that the problem really arises from the lack of understanding of the disparity between electronic and physical documents. Electronic documents or data are not just electronic copies of the physical paper form, they contain a huge amount of vitally important data. Information has grown exponentially over the last couple years and discovery is now becoming very reliant on technology to keep up. One of the challenges is the readability of the information when it eventually is needed, for example: in 10 to 15 years will we still be able to open that Word document saved in the.DOC format.

EMEA countries fall short in the adoption and understanding of ESI, compared to that of the United States. One would think that the Law Society’s would be addressing this issue through various in education programs, but it seems that private enterprise are educating and driving ESI themselves. Tyrone mentioned that as a start one could look at the website of The Electronic Discovery Reference Model (http://edrm.net/).

In the last two years legal professionals have been faced with numerous obstacles, to mention a few the data is often unstructured, duplicated or non-discoverable. Data is often located in out-dated backup systems.

What systems are used at present, seeing that most legal firms don’t use an ESI application?
Tyrone: “Most firms don’t have a dedicated ESI application, therefore the only place typically to find historical information is to use backup systems and specifically backup tapes. The problem with this approach is finding relevant ESI across hundreds or thousands of backup tapes in a relatively short timeframe. The process can be extremely difficult, very expensive, and in many cases will not yield the result of discovering the relevant ESI in the time required as well as using a process that will ensure authenticity.”

Do South African legal firms understand ESI and benefits of using such a system?
Tyrone: “Local corporate and legal firms know that ESI exists but there is no exact guide or precedent to follow, and often firms like Symantec are used to consult with them on issues of ESI and corporate governance principles and procedures.”

Paul: “The larger firms understand and have adopted ESI in a firms, but the smaller firms, it seems that they are still struggling with the general IT phobia and that at a glance ESI is a sophisticated level of IT and left to those that are technologically qualified. Often not treating an electronic document or data the same way they would with a paper document.”

Paul chuckled when he said that one of the lawyers he previously worked with seemed to use his office computer as shelf for electronic documents. No wonder the rich data is gathering “dust”.

Paul: “Very soon electronic evidence will surpass the printed or physical evidence, it is just the matter of time.”
Tyrone mentioned that the searching and retrieving of data in a corporate is also vastly improved through the use of an ESI system.

Data and data storage forensics is a natural extension, how do firms address this technical issue?
Paul: “When auditing hard drives or data storage devices it often leads to further investigation or forensics of that device. The attorney does not need to understand the intricate tools or methods needed to discover the hidden or damaged data that could be available; they merely need to outsource the technical work to forensics specialist.”

In closing
Tyrone: “Businesses need to look at their internal policies and procedures for data management and retention, and ensure that the information is preserved and deliverable in an original manner. Larger firms should look at systems like Enterprise Vault from Symantec that provides an intelligent approach to Storing, Management and Discovery ESI.” Tyrone also said that with the survey they found that a very large percentage of the respondents reported that ESI was falling short by excluding the individual hard drives of the company and that Enterprise Vault now includes the iability to Discover and Process ESI stored on local hard drives.

Paul concluded that the lawyer needs to understand that electronic information cannot be handled or interrogated in the same way as paper. ESI is just another form of evidence with just a different process and technology to discover the information – a very rich source of information.

Thank you to Paul and Tyrone for speaking to Tech4Law, we look forward to seminars and workshops next year to further investigate and educate law firms on ESI.

The Injury Lawyer and Google Glass

The Dark Side of the Internet: Cybercrime in Southern Africa