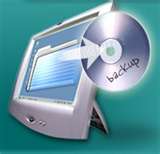 Very few law firms bother with backups. “It’ll never happen to me” seems to be their view. The problem is that disasters do happen – for example theft of a server, fire, or disk failure. So is your firm prepared for a disaster? In this short article, I’ll try and give you some logical rules for backups.

So why do law firms pooh-pooh backups? And is this a real threat, or something touted by hardware vendors who simply want to boost their income? Well, in the case of a prominent Cape Town conveyancing practice, disaster happened. A fire broke out in their admin office, destroying their file-server as well as a substantial amount of source documentation. Fortunately they had off-site backups, and after a week, they were able to limp along enough to resume business. According to the managing partner “If the fire had happened a month before, the practice would have gone out of business.” Apparently, his IT manager had convinced him just weeks before to upgrade the backup system.

So what gets lost in a disaster like fire, theft, or disk failure? Most damaging is that if you lose your accounting data, you also lose your debtor information, which means that you’ll have no idea who owes your firm money, or why. You could try sending out an email saying “I’m sorry, but due to a fire we have lost all idea of how much you owe us. Please will you let us know as soon as possible how much that is?” Yeah, right… And with no accounting system, your income will be affected, putting the practice under substantial financial pressure. If you’re a Collections practice, you’ll also lose all information on payments and commitments by debtors, which means you’ll have to start re-creating that information from scratch. Creditors aren’t as much of a problem, since they will quickly tell you how much you owe them! Much of the other data can be recovered, albeit at huge cost. For example, you can have conveyancing matters re-instructed. And if you have paper source documentation (which wasn’t destroyed in the fire), you can always use that to re-capture your accounts information.

But just how likely is loss of information? Firstly, fixed disk drives have a finite lifetime. This is influenced by how much “work” they do, and by their environment – for example heat. If you replace your server every few years, you might be more protected from data loss, but if you have had your server for over 5 years, you’re more likely to have a disk “crash”. Also, not all disk drives are created with equal life – some are just bad quality and will fail much earlier in their lifetimes. However, if you are going to live life dangerously and insist on having no backups, you might be pleased to know that there are some specialist vendors around South Africa that can sometimes resuscitate broken drives. But you should also know that these services can take time, and they are expensive. Then again, if you are staring bankruptcy in the face, you’ll probably pay any price to get your accounting data back…

In the old days, we often froze faulty disk drives, and if that didn’t work, we heated them up in am oven to try and recover the data. (Don’t use a microwave oven for this, and don’t make the oven so hot that you melt the plastic components of the drive). Believe it or not, this technique is still often used with great success today. But be warned – if you do get your data off the disk successfully, make sure you install a new disk drive going forward!

Fire is a less likely cause of data loss, although secretaries often build “trees” of power adapters under desks to accommodate all the electrical devices on the desktop. (Kettle, heater, radio, clock…) And because double adapters are becoming cheaper and nastier daily as retailers increasingly look for “best value” products, electrical fires may become more common in the future. And sadly, computer theft is still rife in South Africa, although stolen computers don’t achieve much of a resale price, which may mean there are other reasons for the theft. One client I met with recenyly told me how his computer had been stolen three times over a two month period during an especially high-profile trial. He is convinced they were after his data. And in the case of the Cape Town fire, the managing partner says they know it was arson, as petrol was used to start the blaze, although they have no idea who was to blame.

So, what can you do to limit your risk? Firstly, backups are easy. In the simplest form, you can backup your disk to a portable disk drive (they are inexpensive), and in the case of small to medium sized law firms, you could even backup to a memory stick. Another backup option is to write your data to a DVD, since most computers have a DVD-writer these days. Obviously, the larger your practice, the more sophisticated the backup needs to be. In the old days, we used to backup to tape drives, although more often than not, the tape would stretch, which rendered the backup useless. You should also be sure to keep a copy of your backup off-site, and you should restore your backup as a test at least once, since you might be backing up the wrong information to rebuild your system. I recently came across a firm that was doing a really good job of backup up their accounting program files, but wasn’t backing up their data!

Be sure to take backups at regular intervals, since backup media is so inexpensive these days that it is silly not to do that. Remember that sometimes a simple corruption in your accounting system database will go unnoticed for months, and you might have to revert to an old backup to get accurate information. So it is wise to keep your monthly backups (preferably pre and post month end) for some time before overwriting them. As I said earlier, if you are using DVD’s for backup, they take such a little space that you can afford to store them forever.

What other safeguards are there? For example you might keep your backup in a fire-proof safe, although bear in mind that a small safe is one of the first things robbers will want to steal. And you should ensure that the electrical adapter trees under desks are replaced with high-quality multi plug adapters (don’t skimp on quality), and that bar heaters are carefully monitored (or banned) since they can overload the wiring. Also ensure that your fire-extinguishers are in good working order, although it is true that most disastrous fires tend to occur at night – not because of a sinister plot against law firms, but because that’s when offices are unattended and fires aren’t noticed and extinguished.

And if you do have a disaster which causes loss of data, and you don’t have good backups, you’ll kick yourself since it is so simple to make a copy of your information and to store it offsite. According to DataPreserve, an online backup vendor overseas, “Nineteen out of twenty firms that lose their data due to a hard drive crash, tape malfunction, fire or other data disaster, will file for bankruptcy”. If you’re not mathematically inclined, that’s 95%. Isn’t it time you took your backups seriously?