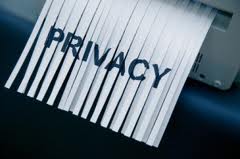 “Privacy is dead, and social media holds the smoking gun” Pete Cashmore. As highlighted in the recent decision by the Honourable Willis, J in the South Gauteng High Court matter of H v W (12/10142) [2013] ZAGPJHC 1 (30 January 2013), South African courts are having to take account of the changing realities of technology and society so as not to lose credibility.

The matter before the court involved an allegation of defamation by the applicant in respect of a ‘post’ relating to his personal life made by the respondent on Facebook (the global social media site). The respondent alleged that the post was not intended to defame the applicant but rather ”in order for the applicant to reflect on his life and the road he had chosen.”

The court was required to apply common law principles relating to privacy in reaching a determination as to the applicant’s claims. In the judgment it is acknowledged that there is a lack of South African case law dealing with social media related issues and that the common law needs to be developed in accordance with constitutional principles.

In its determination as to whether the relief sought by the applicant should be granted, the court was satisfied that the first two requirements for an interdict had been met in that the applicant had a clear right to privacy and reputational protection and the applicant had shown that he had a reasonable apprehension that he would suffer irreparable harm if the interdict was not granted. The court then had to consider whether any remedy other than an interdict was available to the applicant. In this regard, the respondent alleged that damages would be a proper remedy. The respondent further argued that the applicant could have approached Facebook, reported the defamatory post and requested the posting to be blocked.

The court did not support the respondent’s argument and held that no other remedy would have the same effect as issuing an interdict and ordering the removal of the posting and also that an interdict would serve to resolve the issue without the ”needless expense, trauma and delay that are likely to accompany an action for damages in cases like this.” In addition, the court ruled that there was no evidence to assure the court that Facebook would comply with a request to remove the posting and that “if one wants to stop wrongdoing, it is best to act against the wrongdoers themselves.”

This judgment highlights that, although Facebook and other forms of social media have afforded users the platform to share information, thoughts, opinions and photographs, the world of social media is not immune from legal sanction. As stated by Willis J “those who make postings about others on the social media would be well advised to remove such postings immediately upon the request of an offended party.” Our law protects every person’s right to dignity and tranquil enjoyment of his/her piece of mind, but also every person’s right to his/her reputation, including that which is enjoyed through social media.