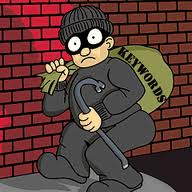 The issue of Adwords has become increasingly important in trade mark law. When you buy a word from Google as an Adword, this has the effect that whenever anyone enters that word as a search term, your pop-up advert will appear on the screen together with the so-called ‘natural results’.
You can buy generic words as Adwords, but you can also buy words that happen to be trade marks. The trade mark law issue that arises is this: if you buy the trade mark of another company as an Adword, are you infringing that company’s trade mark rights?

This question has come up in a number of European cases. In a case involving Louis Vuitton, the Court of Justice of the European Union (CJEU) said that there will be no infringement provided that the pop-up ad makes it quite clear to a reasonably savvy Internet user that there is no connection between the product being advertised and the owner of the trade mark. In other words, the ad must not mislead. The court’s thinking here was quite simple: a trade mark is a ‘badge of origin’, so if anyone uses the trade mark in a way that does not suggest origin, there is no infringement. As for Google, the court said that it’s not liable for trade mark infringement either, because it doesn’t actually use the trade mark but simply stores it.

A similar approach was adopted by a Dutch court when it had to decide whether Philips had infringed trade mark registrations for TEFAL and ACTIFRYER, the trade marks of a major competitor. Philips had bought these names as Adwords and used them to ensure that people searching them saw an ad for a Philips product called AIRFRYER. The Dutch court said that most people now understand how Adwords and pop-up ads work, and that they won’t be confused provided that the ad doesn’t mislead them.

So far, so good! The law makes perfect sense, because it’s likely that most people who use the Internet know that if they search a brand name on Google they will get references to competitive products, and they’re not confused by this. And the approach that’s been adopted in Europe ties in with our law, because in 2007 the Supreme Court of Appeal in the case of BMW v Verimark confirmed that trade mark use that doesn’t impact on the trade mark’s ability to denote origin – non-trade mark, descriptive or incidental use as it’s sometimes called – does not infringe a trade mark registration. In that case the issue was whether Verimark’s use of a BMW vehicle (showing the BMW badge) in an ad for a car polish infringed the trade mark registration for the BMW badge. The court held that it didn’t because no-one seeing the ad would assume any commercial connection between the polish and the vehicle.

The upshot of all this is that as long as your pop-up ad doesn’t cause confusion there should be no problem with the purchase of a competitor’s trade mark as an Adword. Obviously your pop-up ad should not feature the competitor’s trade mark. In some cases it will be quite clear that there’s no commercial connection, for example if it’s well known that the two parties are competitors. In cases where it’s not so well known, a disclaimer in the pop up-ad would be a good idea.

This is probably what the law on Adwords is in South Africa. But the story does not end here, because in the Interflora v Marks & Spencer case, the CJEU went further, veering into relatively uncharted waters. The court said that although a trade mark’s main function may be to indicate origin, it has other functions too. So it follows that if a pop-up ad affects another trade mark function there may still be an infringement.

So just what other functions does a trade mark have? Well, although we occasionally hear of a trade mark’s advertising function, in the Marks & Spencer v Interflora case, the CJEU spoke of a trade mark’s investment function. The court suggested that this function might be affected if the pop-up ad substantially interferes with the trade mark owner’s ability to use its trade mark to acquire or preserve a reputation capable of attracting consumers and retaining their loyalty. But the UK court felt that this had not happened here because the reputation or image of the Interflora brand had not been damaged. The CJEU also suggested that pop-up ads might infringe the protection that well-known brands have against dilution (especially where they contribute to the brand becoming generic), free-riding and tarnishing. But once again, the UK court felt that this had not occurred here.

So, although it’s possible that there will be further developments on the Adwords issue in the future, for the time being, our advice is as follows: you can buy another company’s trade mark as an Adword, but you can’t use that Adword to confuse consumers. This ties in with the warning recently given by the US Federal Trade Commission to search engines like Google and Yahoo to clearly distinguish ‘paid-for’ search results (like pop-up ads) from ‘natural results’, so as to avoid user confusion.