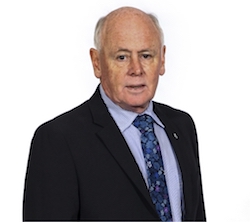 Question: Is there a timeframe within which a notarially executed praedial servitude must be lodged in the deeds registry for registration?

Answer: Unlike the position with notarial bonds and marriage contracts, there is no time limit for the registration against the title deeds of the properties of a praedial servitude which has been notarially executed. The same rule applies, incidentally, to most other notarially executed deeds, such as notarial cessions of exclusive use areas, notarial leases, and many other notarial documents.

That said, it therefore matters not whether the servitude was notarially executed 10 days ago, or 10 years ago – it can still be registered against the title deeds in the deeds registry.

But there can, of course, be exceptions to this.

Registration in the deeds registry could depend on the parties to the notarial deed still being the registered owners of the servient and dominant properties on date of lodgement and registration, and the terms and conditions of the servitude as well. The servitude might have been intended for a limited period of time, which might well have already lapsed.

Similar considerations might apply where either one or both of the affected properties have been subdivided since execution of the notarial deed.

On the other hand, it must be always be understood that an executed servitude which has not been registered is still binding inter-partes – provided that both parties are still the registered owners of the respective properties. The sole purpose of registration in a deeds registry is to give notice to, and to bind, third parties – including successors in title.

So the best advice one can give is – register your servitude as soon as possible against the title deeds of the affected properties.

Current lecturer for Conveyancing and Notarial Practice for Legal Education and Development for the Law Society of South Africa and have been lecturing for approximately 20 years.

Elected Member of the Council of the KwaZulu-Natal Law Society since 2009 and still serving.

Delegate to the Annual Registrars Conference representing the Law Society of South Africa and the KwaZulu-Natal Law Societies respectively in 2010 and 2012, 2015 and 2016.