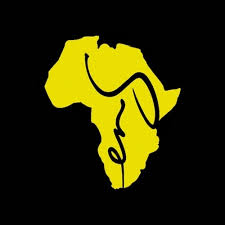 Expert witnesses are often called in patent infringement matters to present evidence to the court on technical issues and the merits of the invention covered by the patent. The selection of technical experts in patent disputes is an issue where South African courts have given guidance in the past on the criteria that they apply in making an assessment as to whether the witness is indeed an expert in the field of technology covered by the patent.
This issue came to the fore again in the judgement issued by the South African Supreme Court of Appeal in the matter of I O Tech Manufacturing (Pty) Ltd v Gallagher Group Ltd (872/12) [2013] SASCA 180 (29 November 2013).

There is nothing particularly exciting about the judgement that was handed down in this matter, as it didn’t establish new law. What is interesting though is that in dealing with a patent infringement matter the Court had to consider the evidence that was provided by an expert witness. The technology in question was not particularly challenging for someone schooled in the fields of electronics or electrical engineering. That having been said, the Court rejected the evidence led by the expert even though he was a qualified electrical engineer. The Court didn’t consider his evidence of any particular value as he had not established himself as an expert in the field of technology covered by the patent.

As it turns out, the decision of the Court didn’t turn on this issue and the patent was held not to be infringed. However, the judgement does provide a useful reminder that the selection of appropriately qualified and skilled expert witnesses in any patent dispute requires careful attention to the criteria that our courts apply in acknowledging a witness’s expertise. Having someone that is generally qualified in a field of engineering is not sufficient to constitute an expert witness – they should also show particular expertise in the specific field of technology covered by the patent.

Contributed by:
Chris Bull director in the IP area at ENSafrica