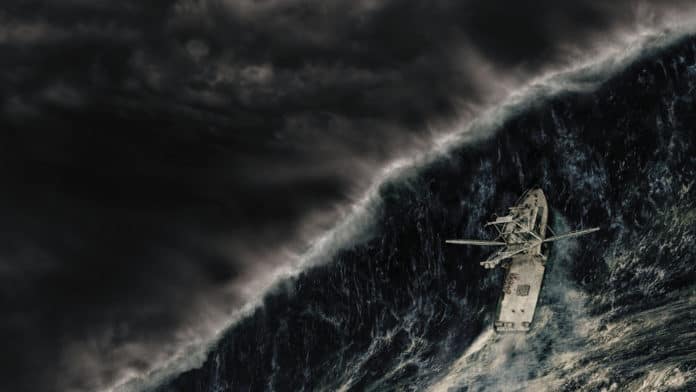 I’m going to be talking to you about technology and how you can use that to make your practices more efficient.

I am sure that many of you have heard this before but let me go through it again.

So when I started giving these presentations I said that lawyers were actually being boiled slowly.  That the profession was changing and lawyers weren’t taking that into account.

I learned two things since then:

So in the United States they talk about being boiled slowly like a crawfish.  So we’re going to talk about being boiled slowly like a crawfish and you know the story, for those of you that don’t, if you take a crawfish, I suppose crawfish don’t generally jump out of pots, frogs do.  But if you put a frog in a pot of cold water and then slowly turn up the heat they would boil to death.  If you took a frog and dropped it into a pot of boiling water it would jump straight out.  That’s what people are talking about when they say lawyers are being boiled slowly, they’re slowly being marginalised and finding it harder and harder to practice profitable and that’s what I’m going to talk about.

So this thing called the internet, can it be good and bad.  Well the answer to that is obviously “yes”.  On one hand it’s brought about this availability of knowledge which has eroded the income to the profession.  It has introduced commoditisation through automation and technology has taken away a barrier to entry, that pretty much anyone can open a law firm these days.

On the positive side it allows law firms to innovate. It allows them to be more efficient, to reduce costs and there is substantial research from practitioners in the rest of the world that local lawyers can read up on, on the internet.

So how does this change in the profession affect you as lawyers?

First of all and we can see that, business has become harder, it’s become tougher to make money.  Debtors, people who owe you money, continue to increase and they slower these days.  You are being asked for far more discount and you’re giving more discounts.  You’re having to work longer hours.  There’s less take home pay and bonuses are pretty much a thing of the past.  So we’re finding that the legal profession really is just getting harder and harder to make money.

The rest of the first world, if you look at the United States, Canada, Europe, Australia, they’re kind of ahead of us.  They’ve already gone through this transformation.  Largely because fixed fee agreements are the norm.  We have a particularly big law firm client in Canada, and they say that 75% of their fees are on fixed arrangements, 75%!

Now for firms like that, they’ve got no alternative to become more efficient and more effective in order to make money because their fees are kind of set.  So the only way they can be profitable is to make sure practise more profitably.

In South Africa we are a few years behind that.  My guess is two to three.  The billable hour is still alive.  Also government corruption is no longer fuelling the profession in terms of defence and that is affecting some billable hours as well.

So I was often accused of being an alarmist.  That this wasn’t going to happen.  But I think if there is anyone sitting in this room who doesn’t think it’s become harder for the legal profession I would be very surprised.  It has become harder.  I liken it to the movie “The Perfect Storm” and I talked about the frog being boiled slowly earlier on.  In the movie, the captain of the boat was too busy in the engine room to see the wave coming.  I think there is a wave coming at the legal profession in South Africa and what makes it a perfect storm is, not only all the things that have affected the profession worldwide, but the fact that we’re in a very weak economy and you put all those things together and that it is going to be very tough for the legal profession.

So in terms of this perfect storm I’ve spoken already about the changing of the profession, commoditisation, availability of information.  You can get pretty much run of the mill agreement off the internet, either for free, if you’re prepared to take a chance or you can buy them very cheaply, so legal work has been commoditised. Fixed fees looming, section 35 locally.  Weak economy in South Africa and no one knows how long this weak economy is going to last.  The economist are saying ten maybe fifteen years if we’re fortunate.  That’s horrendous, it’s going to be very difficult and we’re just starting it.

People expenses escalate.  It always surprises me that lawyers and all business people will happily employ another person to the firm, maybe another legal secretary at a salary of R10 000, which to me, if I do the sums works out at a million rand over five years.  The way I do that is if you employ someone at R10 000 there are other costs you have to carry.  Medical Aid, Provident Fund, give them a desk, give them a telephone, give them a computer, train them, managerial time, leave time.  All of those things add up and at best that person costs you fifty percent more than their base salary.  So the base salary of R10 000 now becomes R15 000 and in fact at lower salaries where we’re talking about R10 000 a month level, it’s probably closer to two times their salary that’s the cost to cover.  So actually a R10 000 salary costs you R20 000 a month in practice but let’s be conservative and let’s say it’s fifty percent.

So R15 000 times twelve months in the year is R180 000.  Now a little bit of an adjustment for the person becoming more confident and getting some salary increases, you’re talking R200 000.  In five years, R200 000 times five years is a R1 000 000 and yet lawyers, business people will go out and employ someone without really thinking about it. Before they will spend R10 000 on a new computer to make someone more productive.  It’s crazy.  It’s a decision that’s so easy to take, we will just employ someone else.  Take a million rand out your pocket and put it down on the table because that’s what you’ve just done, and yet we do that easily.

So people, expenses have escalated and finally we’re getting the message that people are expensive.  We can no longer have the number of people in our firms and businesses that we have had in the past.

So the game has changed.  So what if the captain of this boat had had warning of this great wave coming?  The captain might have decided to jettison all of the excess weight on the boat or to change course away from the storm or to pick up speed to try break through the wave or to make sure the staff are properly trained to handle the disaster that’s about happen and they would have had a very clear plan of action about what you do, man the lifeboats.  Or alternatively they might decide not to man the lifeboats and jump overboard or get onto a bigger ship if they had.

I like all of that, jettison excess weight, make sure the practice is running lean.  Change course, maybe find some other source of business.  Pick up speed, market more, sell more so that you increase your fees.  Make sure your crew is trained.  Make sure your people are properly trained.  Have a clear plan of action as to how you’re going to grow your practice and how you’re going to survive through these challenging times that we’re predicting.  Jump overboard, get out of the profession completely and maybe retire.  Or get on to a bigger ship, go merge or join a larger firm.

There’s one big difference between this wave in the perfect storm that I am showing here and the wave that’s facing the legal profession.  Once this boat, if this boat makes it through to the other side of that wave, they might land up with a sea that is relatively calm here.  The profession when they get through their waves is not going to find it calm when they get to the other side, it’s changing forever.  It’s going to be rough going forever and lawyers are going to have to adapt in order to survive.

So what caused this crisis in the first place?

So there’s only two options that you have really.

It’s not easy to continually reduce your costs.  It’s kind of something you can do once or twice.  You can trim the fat in your practice once or twice and then you can’t do it again.  The only way you can do it is to become more efficient in terms of the way that you operate.

Of course growing your practice, growing your fees, your revenue, is easier said than done.  For years I’ve said if you can find niche areas to practice in, that’s a salvation in these trying times.  But niche areas in law aren’t that easy to find.  Another thing to do if we’re facing a recession or a troubled economy locally, is to try and get business offshore, foreign currency, because other economies aren’t going through the same pain we are right now.  Again easier said than done.

So you might want to merge with another practice but as you all know that has problems with it as well.  So there’s only one answer really and that’s to become more efficient and effective.

So if you want to be more efficient in your practice you could just whip your people harder.  That’s what we did for years.  Made people work longer hours but eventually people won’t do that.  Of course with younger lawyers coming into practice today, don’t want to work like that, they want work life balance, it’s a horrible thing this word “work life balance” and it’s really impacted us as business owners, but it’s real, people want a balance.  Especially the young people who are going to work for forty, fifty, sixty, seventy years of their lives, as they start to live longer and longer lives.  So they’ve got a long working career and they want to have a little bit of fun along the way. I understand that.

We talked about trimming the fat if you want to be more efficient and as I said you can only cut your costs once or twice.  But you all remember the cliché and it was started years ago with the software system called VisiCalc, which is the first spreadsheet long before Excel and Lotus 123 and VisiCalc’s slogan was “work smarter, not harder”.  That I think has to be your plan going forward.  You have to find a way to work smarter.

An extract from Chris Pearson’s presentation at the Bootcamp for Small and Medium Law Firms of South Africa 2019.
Chris Pearson is the Sales and Marketing Director at XpressDox.