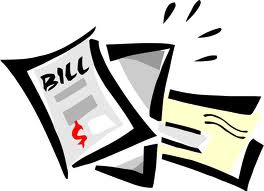 An experienced hand-at-law once told me that it was his experience over the years that when a lawyer’s services are needed, almost anything will be promised in exchange for that service required. Author of  “The Legal Practitioner’s Handbook on Costs”, Albert Reinecke shares some of his views on billing and also offers a copy of the book to a lucky winner who answers the question correctly at the bottom of the article.

Afterwards – however – the services rendered will not have been to expectation, the facts deemed to have been in the client favour anyhow, or the client might feel that they did most of the work. It is a problem shared with hardworking prostitutes, who also bill by the hour. Thus, it was his sagely advice to always get payment upfront.

I has been my own experience that a client who pays for his services seems to appreciate the value thereof, and respects the practitioner’s time and effort exhorted. On the other hand, a client who need not pay – or gets the ‘discount of the day’ – will often create a disproportionate amount of frustration, in clutching to his practitioner; not unlike a drowning man is expected to do.

By firmly punching a drowner before he gets the opportunity to latch onto his saving lifeguard, the lifeguard is enabled to safe them both. In the law office, this can be achieved by only accepting a mandate in terms of a firm fee agreement, and a deposit upfront, as good fences generally make good neighbours.

It’s good, solid advice, but in practice it requires a certain amount of brazenness, and – as a credit to lawyers everywhere – we often find ourselves out of a fee because we did not follow the sensible prostitutes’ principles.

Counsel’s fee.
Where disbursements towards resolve of the matter – such as where eminent counsel is employed – needs to be incurred, practitioners will do well to have regard to the Serrurier and Another v Korzia and Another 2010 (3) SA 166 (W) judgment of Jordaan (AJ). It is but a question of time for any practitioner to be caught between the rock of a client not paying, and a hard-placed counsel insisting on getting paid (regardless). In Serrurier the learned judge made pertinent comment on his view of an attorney’s automatic liability to counsel, apart from opining that there exists a trade usage that renders the attorney personally liable to his learned counsel. The question has not been definitively dealt with nationally, but it does constitute persuasive authority in certain matters.

How much will I get back?
The amount of legal costs incurred that a winner will get back from the loser depends on variety of factors surrounding the nature of the costs incurred, and the parties conduct in the matter. The winner is entitled to the loser paying a reasonable contribution towards his costs, but it is somewhat based on arbitrary amounts promulgated from time to time as ‘tariffs’. Furthermore, the amount that may be recouped is inversely proportional to the difference between the tariffs and the practise’s fees. (A big difference means a small recovery…)

Perhaps the most honest answer to ‘how much you’ll get back’ is that where you win you’ll get something back; it will be more than what your opponent will want to pay, but less than what it will cost you. More pertinently, if you have to ask, you probably can’t afford it.

The casinos of Court.
Although “… attorneys having become skilled at ‘picking winners’..” there is no such thing as a sure case, and practitioners will never warrant an outcome. Our legal system is said to be based on justice, but justice only equates to fair procedure, not the pursuit of truth. In trying to temper (historical) abuses by the King, it is a system generally grown to protect the rights of the accused and the defendant, at the cost of the complainant and plaintiff.

Coupled with the complicated reality of legal practice, sheer incompetence, overburdened courts riddled with administrative delay and the lawyering of issues that will take the best part of a decade to finally determine a controversy, one should be very careful not to actually waste your bird-in-hand in the casinos of Court, albeit that relief does get granted.

To the public, a system of law that does not unequivocally pursue truth renders us uncomfortable; it feels rather disconcerting. In practice, however, one finds that the truth is a bit harder to find.

Law, over millennia, has come to realise that truth is often a relative concept, a product of one’s position on the matter, which perception might even change over time. One man’s terrorist is another’s freedom fighter. A celebrated general would be a marauding intruder to the body of ransacked villagers he has butchered.

Where truth does present itself it is welcomed, but there still remains four potential versions relevant to a controversy; the plaintiff has a version, the defendant has a version, there is – of course – what really happened, and then there is what has been proven had happened. These versions are not the same.

The Court has to sift through the quagmire of averments, testimony and argument, of conflicting precedent on the matter, and of tricks-of-the-trade. It must determine the matter, but is limited to what has been proven to have happened.

Ours is a system that is not perfect, and arguably often fails. Law – and the pursuit of justice – is but one of the tools of society, principally steering it clear from anarchy. Of course, diabolical laws such as slavery provisions, have also played their part in the theatre of justice, but over time, law has provided the tools for a society to purge itself from injustice. Justice is not a destination, but an ongoing journey; law wields vast influence, at times even unfairly so, however, as imperfect as this system is, it remains immeasurably superior to the cold edge of a blade, or the hot blast of a gun, having been forged from countless instances of it.

Albert Reinecke is the author of ‘The Legal Practitioner’s Handbook on Costs’, and a copy of the work may be obtained from albertreinecke@gmail.com,
Tech4Law readers price is R607.20 (12% discount – normal price R690.00)

Win a copy of Reinecke’s ‘The Legal Practitioner’s Handbook on Costs’ 1st ed, by answering this easy question:
“To what case is referred to in Serrurier, of which Jordaan (AJ) was of the opinion that it had been misstated as authority that the attorney is not personally liable to pay his counsel?”
[1] Submit your answers to: albertreinecke@gmail.com. with the subject “Tech4Law – No bucks, No Buck Rogers”
[2] The 3rd correct answer will win a copy of the handbook.
[3] The winner will be notified per email, by 18 Dec 2010.