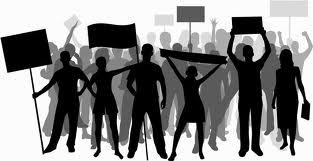 The current labour relations environment in South Africa is fraught with complexity on almost every front. As a result, employers are treading extremely carefully in response to basic industrial relations (IR) issues, particularly when those issues are associated with industrial action.

This is not caused by significant changes in the legal environment (although some are in the pipeline) but primarily because of significant changes in the way in which unions and striking workers are conducting themselves during industrial action. The Labour Relations Act, 1995 (LRA) is being tested in ways that were never anticipated, including inter-union disputes and unprotected strike action without the support of the representative trade unions at a workplace.

Post-Marikana, employers have, understandably, become very nervous to discipline employees in response to industrial action, even when a strike is unprotected and/or where blatant criminal acts have occurred during the strike. There is also a growing impression amongst employers that approaching the Labour Court with an urgent application to interdict unprotected strike action and/or acts of criminal behaviour is a fruitless exercise. In this regard, it appears as per the media, that striking employees have become militant and may not always comply with orders given by the Court.

There has also been an important change as to the manner in which trade unions or employees are expected to notify employers of an intended strike in circumstances where the strike is protected by the LRA. In particular, the Courts have indicated that the right to strike must not be limited so that non-unionised employees and/or minority union employees are disadvantaged. In order to ensure that certain employees are not disadvantaged, the Constitutional Court has held that a union’s strike notice will cover all employees regardless of whether they are members of that union or not, provided they are also striking over the same demand. This means that if, at a later stage during a strike, non-union employees or minority union employees intend to join the strike, they are not required to issue a “new” strike notice. For obvious reasons this allows a legally protected strike to snowball faster. Another detrimental consequence for employers is that they may not always be in a position to accurately assess how many employees are ultimately going to participate in the strike. It is therefore no surprise that employers may not always be in a position to accurately plan for a strike and anticipate what measures need to be put in place to manage the situation.

Employers must also be aware that in the near future, there will be amendments to our current employment laws. The purpose of these amendments, some of which remain controversial, are to ensure adequate protection of vulnerable employees who do not have security of employment, to enhance collective bargaining, to support the effectiveness of the CCMA and Labour Courts, and to promote, in general, fair labour practices.

It cannot be stressed enough that despite the nature of an employment dispute an employer may face, the concept of “fairness” will always play an important role. It appears that Commissioners and Labour Court Judges are moving further away from the legal technicalities associated with employment laws and are rather concentrating on upholding the concept of “fairness”. What is considered to be “fair” within an employment context will always depend on the circumstances of each case. It is therefore important for IR managers and employment law attorneys to constantly evaluate disciplinary procedures against the “fairness” framework. These procedures should never be instituted with haste and they should always be applied consistently.

In the current economic climate, many employers are also undergoing retrenchment exercises which, particularly if they are deemed “large scale”, are procedurally demanding in terms of the LRA. Retrenchments are considered “no-fault” dismissals because the affected employees are not to blame for the termination of their employment. As a consequence, employers must proceed with caution. A common mistake made by employers during retrenchment exercises is that management teams make a final decision to retrench employees before they have started the consultation process with the affected employees. The Labour Courts have made it very clear that affected employees must be invited to a consultation process prior to any final decisions being made. Employers must also demonstrate that they have genuinely considered alternatives to avoid retrenchment and if these alternatives cannot be adopted, the reasons therefore must be provided. Following a mechanical “check-list” approach during a retrenchment exercise will not ensure that an employer has complied with the LRA and that it has acted fairly. Employers must be able to demonstrate that a retrenchment exercise was approached in good faith and that the consultation process was meaningful, not merely adopted as a “going through the motions” exercise.

All of the factors discussed above make the accurate application of employment laws in South Africa very challenging at the moment. However, if key role players keep up-to-date with the latest developments of legislation and case law through readily available online tools there should be no reason for panic or paralysis.