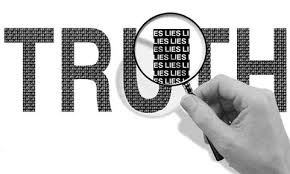 By immediately retaining a good criminal defense investigator, you can ensure that your team will also hit the ground running.

Whenever possible, the investigation by your defense team should be as thorough as the prosecutor’s investigation. In a criminal case, the prosecuting attorney diligently looks for incriminating evidence in order to convict you. It is equally important that your criminal defense team explore all the strategies it can to uncover exculpatory evidence that will help to clear you. The goal of your criminal defense team is to work toward getting you acquitted of the charges that are being brought against you.

Investigators are sometimes former members of law enforcement and sometimes people with legal training. Or they may come from an entirely different background. They’re charged with many tasks, including public (and sometimes private) record searches, locating and interviewing witnesses, and preparing reports. While defense attorneys can and do sometimes handle some of these tasks, they often have neither the time nor expertise of investigators. A good investigator isn’t simply a good locator of information, but also someone who excels at creating a rapport with others and getting them to open up.

The police can be of great service to prosecutors when it comes to finding witnesses to a crime and to following the evidence to a suspect. However, sometimes the defense is going to realize that there may be key evidence missing or witnesses that have not come forward.

However, in order to determine that their assumptions about their client’s innocence are correct, they will need to conduct a criminal defense investigation.

A private investigator serves an important role in a criminal defense investigation. In this case, that role is to find witnesses and evidence that will establish reasonable doubt – that will show that there is a reason to believe that the defendant is not actually responsible for committing the crime.

During the course of the criminal defense investigation, the private investigator will go through routine reports from the police, everyday paperwork as well as copies of evidence, photographs, phone messages and witness statements related to the case. The goal of this is to determine whether or not there are any inconsistencies from one witness to the next or between the conclusions drawn and the evidence.

In some cases, that may mean that a search is conducted to find these other witnesses. In other cases, it may mean conducting interviews or doing background searches. In others, there may be other parts of the criminal defense investigation that are assigned to a private investigator – tasks that he or she is uniquely qualified for and that will keep the defense team free to focus on the legal proceedings and other cases that they have.

You can also quickly learn about investigations by visiting our website or by contacting us for more information.