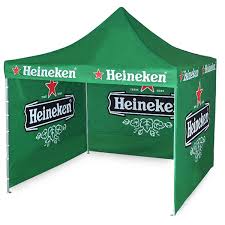 Don’t think for a second that branding at a non-related function or event will not create leads for your law firm. Firstly, just having your name up there creates awareness, secondly if it is really unrelated, the firm name will stick in the prospect’s mind even more.

Recently I attended the grand finale race event for the Vintage Motocross South Africa club at Syringa X Park in Muldersdrift. It ended up being the biggest event ever for our type of sport in South Africa due it being the last event ever at Syringa, due to the selling of the land to a developer after 50 odd years of motocross action and also the fact that all the people who were once involved with the track wanted to race/watch or just be a part of the send-off.  Also in addition to all of that, the proceeds went to a fund to help Jannie Stander’s family after he lost his life in a robbery at his home earlier this year – he was the owner and organiser of the track at the time.

And there in-amongst all the gazebos protecting riders and spectators from the sun, was a law firm with striking branding. What made the exposure even better was the fact that there was a man walking around taking pictures of bikes and the old codgers riding them. When people asked where he was from, he said he was with the law firm team.

The brand sticks in my mind because of some very simple facts:

The return on investment is huge here, the gazebo will be used at so many events, it is a no-brainer on having this specially made. A few rider’s shirts will cost you around R4000 – again used many times. The people taking photos and mentioning they were from the law firm when asked, was brilliant and the cherry on the cake. (They never said from “Firm Name” Attorneys, but said “Firm Name” Attorneys Racing Team.)

This was clever marketing, they took a sport they are passionate about and added their law firm branding to it. The results will not be instantaneous – I doubt anybody walked up to them and handed them a new case/matter, but I know that when somebody needs legal services, that brand will definitely be top of mind.

Look at what you do in your social circles and see if there are ways to put your brand out there. School functions on the weekends, while you are watching your kids play sport – nobody will stop you putting up a cover from the sun/rain. Sponsorship on the sports clothing or equipment.

Don’t write off the branding because you won’t have a leads generated right there and then, think about building the brand and often the most off topic event will have the best reward!

Google My Business Has a New Attribute for Lawyers