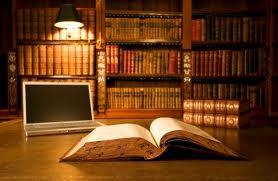 Many aspects of our daily lives involve laws: registration of births and deaths, marriage, divorce, writing of wills, employing and firing employees, living in a sectional title home, paying income tax, to name a few. For the man in the street access to up-to-date versions of South African legislation will henceforth be free of charge.This is thanks to the joint venture between the University of Pretoria and the South African Legal Information Institute (SAFLII) which was launched on Tuesday by Judge Edwin Cameron of the Constitutional Court.

The situation in South Africa is that there is no reputable and free public source of current national legislation, the CEO of the SAFII, Mr Roger Gachago, said. While there are scattered websites that offer varying types of free legal information, there is none that is authoritative and even fewer that offer current information. This is good news for South Africans at large, many lawyers, students, government officials and even foreign investors who have had access only through paid subscription with one of the commercial publishers at a cost.

The project was initiated and is managed by Shirley Gilmore, Head Librarian at the Oliver R Tambo Law Library at the University of Pretoria. The project will employ three full-time personnel, who will systematically produce consolidated versions from the original enactments and their various amendment Acts and regulations. Although it is still a work in progress a fair amount of the most important Acts are already available in consolidated form (as of date this number stands at 82 Acts).

Through this initiative, South Africa will become the second country on the African continent to have legislation available for free access on-line. (The Government of Kenya has already produced free online legislation and offers this via the Kenya Law Reports online portal.)

The Global Free Access to Law movement was founded on the principle that citizens in any jurisdiction must have free access to the laws that govern them. This principle was confirmed at the 2008 Hague Conference on Private International Law which resolved that states should make available without cost to users, legislation and relevant case law online. This and other guiding principles was subsequently agreed on, and endorsed by a joint conference with the European Commission in 2012. South Africa was one of the 73 signatories to the Hague Conference.

A foreign investor seeking, for example, the latest version of the South African Companies Act is faced with a daunting task, Ms Gilmore states. A search for the Companies Act on the South Africa Government Online portal will yield an assortment of documents including the Act of 2008 as well as the amendment Act of 2011, which is a sizeable document, revealing changes that apply to virtually all the sections of the main 2008 Act. There is, however, no copy of the Companies Act of 2008 as amended by the amendment Act of 2011 and therefore no copy of the current legislation.

The same search on Parliaments website yields neither the Act nor its amendment Act. Worse still, the Companies and Intellectual Property Commission (CIPC), the legislated administrator of this Act, lists only the Act of 2008 without its amendments and does not even list the amending Act of 2011 in its legal repository. This lack of access poses an obstacle for investors interested in South Africa and they will benefit could they have direct access to our laws.

Ms Gilmore feels strongly that this free online legislation database will also address the lack of knowledge for ordinary citizens. It is said that ignorance of the law is no excuse and yet, if that law is not readily available to the citizens, then surely it cannot be expected of the man in the street to know what the law says on any topic.

The UPLS and SAFLII, through this project, are going to make a huge contribution towards bringing the law to the people and thereby deepen the roots of democracy in South Africa, Mr Robert Moropa. Director of the University of Pretoria Library Services (UPLS), said. It will enhance the training of future members of the legal fraternity by, among others, making access to up-to-date versions of the law to students so much easier. Furthermore, this project will make it simpler for ordinary people to access up-to-date versions of the law.

The Dean of the Faculty of Law at the university, Prof André Boraine, feels that this project aims to make statutory law accessible to both the local and international user audience. In spite of the fact that it will be a daunting task, the end result will be of great benefit to our country and everyone who needs access to a variety of statutory measures.

Initial seed funds were provided by the University of Pretoria Library Services and then further, more substantial seed funding was obtained from the Rhodes Trust, through monies granted to SAFLII for the legislation consolidation project. SAFLII is hoping to solicit sufficient additional support from both domestic and international sources to continue with the project into the future.

The collection to be built up over the next years will be available for free access on-line through both the SAFLII website www.saflii.org and a new domain registered by the University, namely www.lawsofsouthafrica.up.ac.za. In addition, the Legislation database provides the historical versions of the Acts, also known as point-in-time legislation. Using this facility you can see what an Act contained at any point-in-time.

How Lawyers Use Dropbox