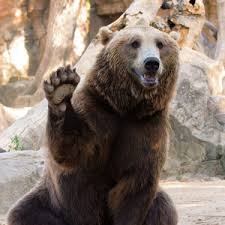 A priest, a minister, and a rabbi want to see who’s best at his job. So each one goes into the woods, finds  a bear, and attempts to convert it.
Later, they all get together.

The priest begins: “When I found the bear, I read to him from the catechism and sprinkled him with holy water. Next week is his first Communion.”

“I found a bear by the stream,” says the minister, “and preached God’s holy Word. The bear was so mesmerized that he let me baptize him.”

They both look down at the rabbi, who is lying on a gurney in a body cast.

“Looking back,” he says, “maybe I shouldn’t have started with the  circumcision.”