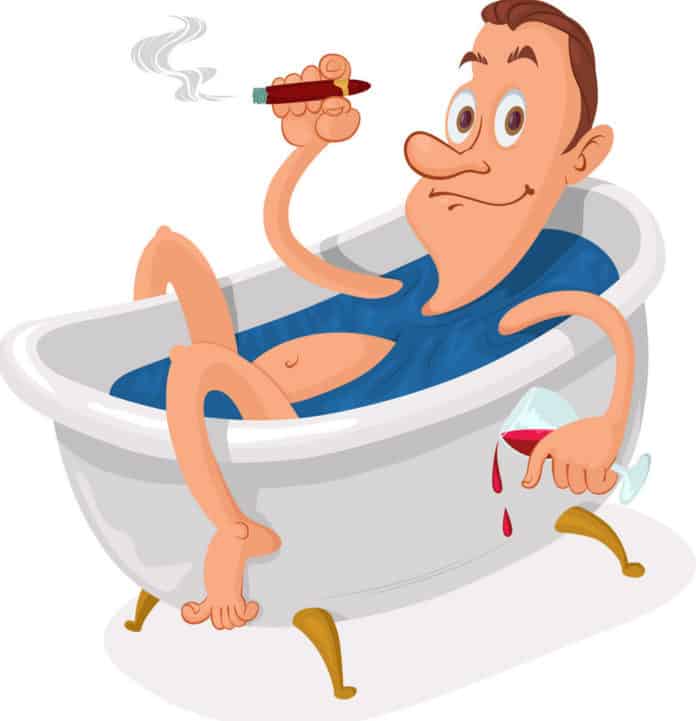 An attorney arrived home late, after a very tough day trying to get a stay of execution. His last minute plea for clemency to the governor had failed and he was feeling worn out and depressed.

As soon as he walked through the door at home, his wife started on him about, “What time of night to be getting home is this? Where have you been? Dinner is cold and I’m not reheating it.” And on and on and on.

Too shattered to play his usual role in this familiar ritual, he poured himself a shot of whiskey and headed off for a long hot soak in the bathtub, pursued by the predictable sarcastic remarks as he dragged himself up the stairs.

While he was in the bath, the phone rang. The wife answered and was told that her husband’s client, James Wright, had been granted a stay of execution after all. Wright would not be hanged tonight.

Finally realizing what a terrible day he must have had, she decided to go upstairs and give him the good news.

As she opened the bathroom door, she was greeted by the sight of her husband, bent over naked, drying his legs and feet.

He whirled around and screamed, “GOOD GRIEF WOMAN, DON’T YOU EVER STOP?!”

and Justice for All