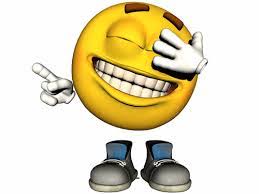 “Good morning esteemed associate lawyer Francis….I feel a wee bit tired today to answer your questions about our new client from the Holy Land, plus I have an all-day pub crawl and Cape Graceland client year-end lunch party today, so I am not in a stable state of mind or body right now.

I went to bed late last night and woke up at 3am and then fell asleep at 5am, only to wake up again at 6am.

I was with our famous client Mr Jones most of yesterday, with his Magistrate court 1x Xanax-pill-without-a-prescription drugs matter, which was endless waiting from 9am until 12.30pm, and then a marathon session of my most charming argument about how the matter must be struck from the roll because previous Magistrate, Ms Tshabalala, had endorsed it so, and they had over half a year to get their house in order, and SAPS and the labs and the prosecution are all sh*t and they could not convict a killer with a smoking gun and a signed off confession.

Then, like a girlfriend who was kicking and screaming and crying “don’t leave me….I’ll do anything”, they would just not let go, and the prosecutor launched into all sorts of behind the scenes red tape that needed to be followed with some SAPS Colonel in Gauteng and the NPA’s refusal to disclose information about laboratory testing protocols and state secrets and black-ops and all sorts of rubbish.

And the magistrate was also buying into the prosecutor’s BS.

Finally I said to the Magistrate:

“To use your very own words your worship – they never got their ducks in a row. And that’s the long and the short of it. Your sister Magistrate Tshabalala endorsed the Court file ‘final remand’. They have nothing here today before Court, so I ask very nicely the matter be struck.”

And so she struck it, with a look of personal failure, and then banged on to poor old Jonesy about how the SAPS colonel and the SPP and the NPA will look into this and that, and they can charge our client again, and it’s not over yet”.

And so, I handed Jonesy’s R 500 bail receipt to the clerk, who looked at me like I had just given her an oyster and a lemon without a hammer and a chisel, and she stared at me like I was from another planetary system where they don’t steal and VBS depositors’ money is completely safe, and she then signed it off, but only because she felt embarrassed.

I smiled, filled my new fancy UK lawyer’s bag up with files and notes, curtsied and turned. The Magistrate and the prosecutor knew it was game over, and Mr Private lawyer had won – game, set and match.

I then got pissed with Jonesy over a sushi lunch at ******’s, and then had to go to Jonesy’s restaurant to listen to the lying manager’s BS about how business was very challenging, and how he had only managed to skim 20% of turnover this past month.

So, to answer your question, please send through 5 simple written questions about our new Holy Land client’s case, and I will answer you soonest.”

A turkey was chatting with a bull