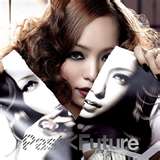 Ted and Dorothy met while on a singles cruise and Ted fell head over heels for her. When they discovered they lived in the same city only a few miles apart Ted was ecstatic. He immediately started asking her out when they got home.

Within a couple of weeks, Ted had taken Dorothy to dance clubs, restaurants, concerts, movies and museums. Ted became convinced that Dorothy was indeed his soul mate and true love. Every date seemed better than the last.

On the one-month anniversary of their first dinner on the cruise ship, Ted took Dorothy to a fine restaurant. While having cocktails and waiting for their salad, Ted said, “I guess you can tell I’m very much in love with you. I’d like a little serious talk before our relationship continues to the next stage. So, before I get a box out of my jacket and ask you a life changing question, it’s only fair to warn you, I’m a total golf nut. I play golf, I read about golf, I watch golf on TV. In short, I eat, sleep, and breathe golf. If that’s going to be a problem, for us, you’d better say so now!”

Dorothy took a deep breath and responded, “Ted, that certainly won’t be a problem. I love you as you are and I love golf too; but, since we’re being totally honest with each other, you need to know that for the last five years I’ve been a hooker.”

“Oh, wow! I see,” Ted replied. He looked down at the table, and was quiet for a moment, deep in serious thought, then he added, “You know, it’s probably because you’re not keeping your wrists straight when you hit the ball.”