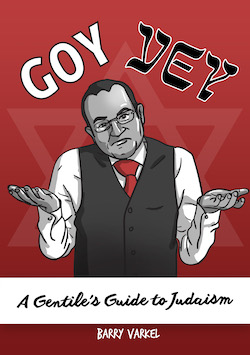 Divorce – Q: Why are Jewish divorces so expensive?

A: Because they are worth every cent.

There is a hell of a lot of controversy in the Jewish faith about when exactly life begins.

In strict Jewish tradition, the foetus is not considered viable until it finishes medical school.

A: Alcohol interferes with their suffering

Young Sammy comes home from junior school and tells his mom Rivka he has a great part in the school play.

Rivka says: “What part is it, Sammy?”

Sammy says: “I play the part of the Jewish husband”.

Rivka says angrily: “Go back to those idiots, and tell them you want a speaking part”

This is a short summary of nearly every Jewish holiday – “they tried to kill us. We beat them. Let’s eat and drink – oy vey!”

Q: What is the difference between a Pit Bull and a Jewish mother?