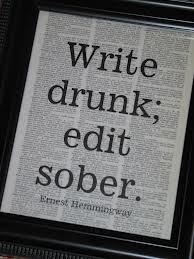 When the white missionaries came to Africa they had the Bible and we had the land.
They said ‘Let us pray.’ We closed our eyes. When we opened them we had the Bible and they had the land.
~ Desmond Tutu
*****
America is the only country where a significant proportion of the population believes that professional wrestling is real but the moon landing was faked.
~ David Letterman
*****
I’m not a paranoid, deranged millionaire. God dammit, I’m a billionaire.
~ Howard Hughes
*****
After the game, the King and the pawn go into the same box.
~ Italian proverb
*****
Men are like linoleum floors. Lay ’em right and you can walk all over them for 30 years.
~ Betsy Salkind
*****
The only reason they say ‘Women and children first’ is to test the strength of the lifeboats.
~ Jean Kerr
*****
I’ve been married to a communist and a fascist, and neither would take out the garbage.
~ Zsa Zsa Gabor
*****
You know you’re a redneck if your home has wheels and your car doesn’t.
~ Jeff Foxworthy
*****
When a man opens a car door for his wife, it’s either a new car or a new wife.
~ Prince Philip
*****
A computer once beat me at chess, but it was no match for me at kickboxing.
~ Emo Philips.
*****
Wood burns faster when you have to cut and chop it yourself.
~ Harrison Ford
*****
The best cure for sea sickness is to sit under a tree.
~ Spike Milligan
*****
Lawyers believe a man is innocent until proven broke.
~ Robin Hall
*****
Kill one man and you’re a murderer —kill a million and you’re a conqueror.
~ Jean Rostand.
*****
Having more money doesn’t make you happier. I have $50 million but I’m just as happy as when I had $48 million.
~ Arnold Schwarzenegger.
*****
We are here on earth to do good unto others. What the others are here for, I have no idea.
~ WH Auden
*****
In hotel rooms I worry. I can’t be the only guy who sits on the furniture naked.
~ Jonathan Katz
*****
If life were fair Elvis would still be alive today and all the impersonators would be dead.
~ Johnny Carson
*****
I don’t believe in astrology. I am a Sagittarius and we’re very sceptical.
~ Arthur C Clarke
*****
Hollywood must be the only place on earth where you can be fired by a man wearing a Hawaiian shirt and a baseball cap.
~ Steve Martin
*****
Home cooking: where many a man thinks his wife is.
~ Jimmy Durante
*****
As I hurtled through space, one thought kept crossing my mind – every part of this rocket was supplied by the lowest bidder.
~ John Glenn
*****
If toast always lands butter-side down, and cats always land on their feet, what happens if you strap toast on the back of a cat?
~ Steven Wright
*****
America is so advanced that even the chairs are electric.
~ Doug Hamwell
*****
The first piece of luggage on the carousel never belongs to anyone.
~ George Roberts
*****
If God had intended us to fly he would have made it easier to get to the airport
~ Jonathan Winters
*****
I have kleptomania, but when it gets bad, I take something for it.
~ Robert Benchley