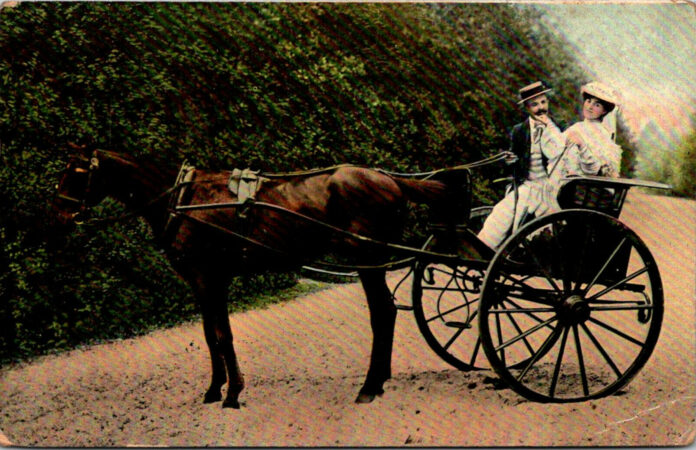 A farmer and his brand new bride were riding home from the chapel in a wagon pulled by a team of horses, when the older horse stumbled.
The farmer said, “That’s once.”

A little further along, the poor old horse stumbled again.

After a little, while the poor old horse stumbled again.

The farmer didn’t say anything, but reached under the seat, pulled out a shotgun and shot the horse.

His brand new bride yelled, telling him, “That was an awful thing to do.”

The farmer said, “That’s once.”