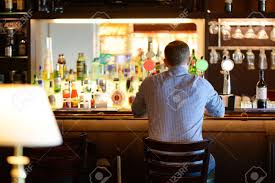 This guy goes to a bar that’s on the tenth floor of a hotel. He sits down and has a couple of drinks, then stands up, announces loudly that he has had enough, and goes over and jumps out the window.

Now, there are two men who are sitting at a window table, and having that natural human curiosity about the grotesque, watch as this man plummets to certain death.

However, just as he is about to hit the ground, he rights himself, pulls his feet underneath himself, and lands gracefully. He then turns and comes back into the building.

Naturally, the two men are amazed. The guy comes back into the bar, orders a few drinks, then repeats the process.

The two men at the window seat are astounded! When the guy returns and repeats the procedure AGAIN, the two men stop him before he jumps and ask him how on earth he does that.

He replies “It’s simple, really. There’s an air vent down by the ground, and if you catch the updraft, you can right yourself and land on the ground with no problems.” Then he proceeded to jump out the window again.

Well, these two men decided that they just HAD to try this, so they jumped out the window, and SPLAT! — made a mess hitting all over the ground.

Meanwhile, the guy has made it back up to the bar.

When he sits down to order his drinks, the bartender says “Superman, you can be a real asshole when you’re drunk!”