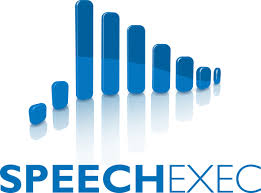 I&G attorneys had always relied on dictation and transcription to create documents, but they used handheld analogue cassette recorders. In 2014, however, the firm transitioned to digital dictation and transcription tools from Philips. The results have been increased productivity, reduced administrative expenses and faster documentation turnaround.
“We were comfortable with our old equipment, but it just became too expensive to maintain,” says I&G attorney Philip Cwagenberg. “The switch to digital was overdue.”
“Since the digital recorders operate so much like the analogue devices, the switch was pretty seamless,” adds attorney Frank J. LaRocca.

Analogue devices unsustainable
Apart from the expense of maintaining or replacing hard-to-find analogue recording and transcription equipment, I&G attorneys and transcriptionists faced poor audio quality and malfunctioning cassettes, as well as recordings being erased when tapes were placed near a magnetized surface.

When attorneys would complete a dictation, they would handwrite client or case information on a scrap of paper, attach it to the analogue tape, walk over and hand the tape to their assistant. Although somewhat inefficient, this workflow was effective, so attorneys maintained the process despite challenges.

That changed significantly in 2014 when the firm’s office manager and partners agreed to explore voice technology tools from Philips. The transition was gradual with Cwagenberg and LaRocca only using the Philips Pocket Memo 7000 for dictation. While an improvement over analogue dictation, transferring recordings to their administrative assistants for transcription was made more secure and efficient with the subsequent implementation of the Philips SpeechExec Pro workflow management software.

SpeechExec Pro organizes the workflow of dictation files and resulting documents between the attorneys and transcriptionists. Instead of receiving handwritten notes, through SpeechExec Pro, assistants can clearly see which attorney sent the recording, the client or case information, the type of document to be created and its priority. With recordings automatically downloaded from the Pocket Memo to the PC when the recorder is docked, files can be uploaded into SpeechExec much faster than sharing analogue cassettes.

“The digital recordings definitely arrive faster than the tapes, which I really like,” says I&G administrative assistant Cathy Shields. “Not only can I see them instantly, I can begin working on the transcriptions directly from SpeechExec.”

Audio quality and cost benefits
The pace of document creation at I&G has also accelerated due to the recording clarity. With frequent use, the analogue cassette’s sound quality degrades, which requires the transcriber to rewind frequently to understand the speaker. Dictation recordings from the Philips Pocket Memo 7000 are always clear, not just due to the digital technology, but also because its professional-quality microphone was designed for frequent, daily use. LaRocca, for example, estimates he could dictate as long as two hours in a day, while Shields estimates she transcribes six to 10 dictations a day, with recordings ranging from a couple minutes to a half-hour.

This sound quality translates to a potential cost savings for the firm because assistants can spend less time rewinding the same portions of a recording if the attorney’s dictation is garbled in the analogue tape. Cost savings are further enhanced as the firm no longer needs to maintain or replace handheld analogue recorders or transcription equipment, which were becoming more difficult to procure.

For the I&G attorneys and their assistants, however, the biggest benefit of transitioning from analogue to digital dictation is that it has simplified the administrative aspect of the document-creation process.

“All too often we heard that the tape wouldn’t work, or it was garbled and we would have to re-dictate,” Cwagenberg says. “That’s no longer an issue, so from that perspective it’s less work for us.”

For more information or to arrange a demonstration on the Professional Dictation range contact Powerhouse Dictation – details are below.

Alston and Associates chooses “easy to use” AJS

RVR Attorneys endorses AJS for ease of use, professional implementation and financial accuracy