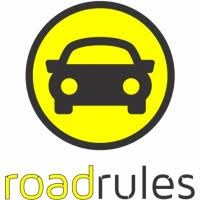 Road Rules offer a few services to the road users in Zimbabwe, primarily the focus was on helping new drivers pass their drivers exam, but the other more important aspect is the education of road users on what the fines should be when the traffic police issue spot fines.

The “TEST” section provides a fixed eight-minute count down timer period of answering the test questions specifically designed assist the user on time management and to get them acquainted to time constraints to avoid panicking in the actual exam.

The “PRACTICE” section gives the user immediate feedback after completion of every question, thus allowing the user to learn and retain information quickly and more efficiently.

The “PROGRESS” section tracks and monitors the user’s progress over a period of seven days. This is to assist the user in deciding on whether they are ready to go sit for the official government driver’s licence test. It ensures that the Road Rules Driving Test App users are advised of their test readiness. This saves them money by reducing the high risk of failure inherent in the Zimbabwe VID provisional driving licence test.

Due to the financial strain in Zimbabwe, the government is battling to fund the traffic police department, and in violation of The Constitution, allow the traffic department to retain the amounts that they collect right at the scene of the offence. What is commonly referred to as “spot fines”.

This creates a commercial entity which has every incentive to maximize the money they collect.

The app empowers the user to defend themselves with the rules of the road and provides a “price list” of the various fines. There is also a short description of each transgression as well.

There is a social section which allows you to share your stories and communicate with other interested road users.

One would imagine that such a wonderful app will stir up some emotions with the “spot fine” benefactor, so to empower the user even more, the app provides the user with contact numbers to escalate the issue if need be. This section also lists all the emergency services details.

The business model for the business is an annual subscription for the users and at a later stage they will provide advertising space to relevant vendors.

The app is endorsed by the Traffic Safety Council of Zimbabwe.

Congratulations to Chikosi Tawanda and his team on winning this year’s HiiL Innovating Justice Boostcamp in Johannesburg.

See the Road Rules app in the Google Play Store