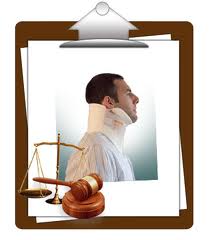 Two law firms came together to bring the cell phone distraction case to a jury after it was discovered in the lawsuit that Coca Cola had a vague and ambiguous cell phone policy for its delivery drivers, according to court documents. The jury was to decide whether or not Venice Wilson’s injuries were caused by a distracted Coca Cola delivery driver who was on a cell phone.

The law firms handling the trial, Hilliard, Munoz & Gonzalez through its lead lawyer, Bob Hilliard, and Thomas J. Henry Injury Attorneys, through its lead lawyer, Thomas J. Henry, discovered flaws in the Coca Cola management cell phone policy which allowed its employees to operate company vehicles throughout the United States while using a cell phone, according to court documents.

According to court documents, the jury heard overwhelming evidence of how Coca Cola knew of the dangers of using a cell phone while driving, including having a cognitive distraction of 37% while on a cell phone. The jury heard that Coca Cola withheld this information from its employee driver, in addition to the data on the numbers of deaths and injuries arising from cell phone use while operating vehicles, according to court documents.

When asked about Coca Cola corporate governance, Bob Hilliard, a lead trial lawyer in the case said this:

“Today’s verdict I hope sends a message to corporate America that you can’t have employees on a cell phone and endanger the motoring public.”

“From the time I took the Coca Cola driver’s testimony and obtained the company’s inadequate cell phone driving policy, I knew we had a corporate giant with a huge safety problem on our hands. I also knew that taking on Coca Cola’s policy that affects hundreds of thousands of its employees would require assembling a trial team with the horse power necessary to fight and win. More importantly, I knew Mrs. Wilson deserved justice, and the rest of the motoring public deserved safer drivers; so, Bob Hilliard and I decided to put our law firm litigation teams together to shred Coca Cola’s policy.”

When asked if he thought the jury connected with him during his closing argument, Bob Hilliard said, “I knew looking into their hearts and minds, after hearing days of trial testimony, that they knew cell phone use while driving was deadly and harmful. The jury knew I gave them evidence to change Coca Cola’s policy, and I knew the jury would do justice, and they did. We now have a safer community, state, and country and now Coke gets to join, against their will, other Fortune 500 companies who volunteered to have a ‘no cell phone use while operating company vehicles’ policy.”