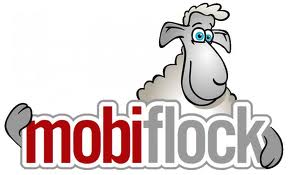 Mobiflock launched its parental control service for smartphones in March 2012, which allows parents to monitor how their children use their smartphones and also helps them put the appropriate limits in place to keep their kids safe. The service has become popular with BlackBerry® smartphone customers.
“Parents are concerned about the dangers their digitally native children could face, and with Mobilock, parents can and are doing something about it,” says Patrick Lawson, founder and CEO of Mobiflock, the mobile safety and security company. “Given the popularity of BlackBerry smartphones in the youth market around the world, and especially in South Africa, it’s not surprising that our service is popular on BlackBerry.”
In 2011, BlackBerry accounted for 44% of all smartphones used in South Africa and 6% of all cellphones, according to research house Ipsos. In addition, according to the Generation Next 2012 youth brand survey, BlackBerry was voted the ‘coolest’ brand overall, as well as the ‘coolest’ cellphone and the ‘coolest’ gadget.
“`There is no denying the massive benefits of giving children a smartphone: access to the mobile Internet, educational content, communication in emergencies, entertainment and socialising,” says Lawson. “However, there are some very real online dangers that parents need to learn about, and protect their children from.”
According to recent research released by Unisa’s Youth Research Unit (YRU), one of the dangers children face online – cyber bullying – is on the rise. A study of Gauteng high school students showed that almost one in five had experienced cyber bullying, and that the perception amongst the students was that cyber bullying was on the increase. According to the study, the online bullying took the form of upsetting messages; gossip and rumours; name calling; sexual remarks; unflattering and suggestive photos being shared; and physical bullying being recorded then shared.
In addition to cyber bullying, parents are concerned about their children accessing adult and other inappropriate content; the creation and sharing of inappropriate or illegal content, including sexting; sexual grooming; the time spent online, especially late at night; Internet-enabled applications; and racking up large bills through in-app purchases, subscription services and m-commerce.
While in the past parental control services have been fairly rudimentary, Mobiflock offers a comprehensive and flexible service that puts control firmly in the hands of moms and dads.
“We believe that ultimate responsibility must rest with parents and guardians and that they must be able to choose what level of protection is appropriate for their children. This will change as the child gets older and parents should aim to raise savvy young adults who can deal with online threats themselves. As an industry, however, we need to provide the tools to do this for both parents and children,” says Lawson.
Mobiflock works through a small app that’s downloaded onto the child’s BlackBerry smartphone. The parent then monitors the device use, sets security levels and receives alerts through an online dashboard.
More details on the Mobiflock parental control service for BlackBerry smartphones:
1. Contact management: set VIP and blacklisted contacts, block unknown or withheld numbers
2. Monitor, log and block calls and SMSs
3. Manage BlackBerry use with the timetable: including application use
4. Learn which applications have been installed and manage their use
5. Block web browsing
6. Location services: location history and current location
7. Remote security triggers: turn on siren, locate phone or delete device data
8. Central online dashboard to manage all protected devices, with email and SMS alerts for dangerous activity
The Mobiflock app is available as a free download on BlackBerry App World™:

Virus led to rapid take-up of e-conveyancing in Australia