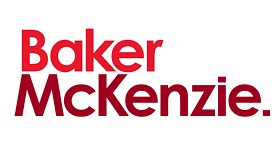 The Constitutional Court this week handed down judgment in a matter that will be of interest to parties who contract with state owned companies. On 27 September 2006, the State Information Technology Agency SOC Ltd (“SITA”) entered into an agreement with Gijima Holdings (Pty) Ltd (“Gijima”) in terms of which Gijima would provide information technology services (“IT services”) to the South African Police Services (“SAPS agreement”).

Pursuant to a dispute between the parties in relation to the SAPS agreement, the parties entered into a settlement agreement on 6 February 2012 in terms of which Gijima would render IT services to the Department of Defence (DoD agreement).

Gijima raised its concerns about the validity of the DoD agreement with SITA, but on more than one occasion SITA assured Gijima that the DoD agreement complied with its procurement processes. Gijima accordingly rendered IT services to the Department of Defence in terms of the DoD Agreement.

The DoD agreement was extended several times, but a payment dispute ultimately arose between the parties. This dispute went to arbitration. During the course of the arbitration, SITA pleaded that the DoD agreement was concluded in contravention of Section 217 of the Constitution of the Republic of South Africa. The arbitrator ruled that he did not have jurisdiction to determine this constitutional issue.

A subsequent application to the Pretoria High Court was brought by SITA to, inter alia, declare the DoD agreement constitutionally invalid.

In response, Gijima argued that the decision to award the DoD agreement to it constituted administrative action in terms of the Promotion of Administrative Justice Act, 3 of 2000 (“PAJA”) and should SITA have wished to review its own decision in awarding the DoD agreement, it should have done so in strict compliance with PAJA, including Section 7, which affords a party 180 days in which to launch review proceedings.

It was SITA’s contention that PAJA did not apply to organs of state wishing to review their own internal decisions.

On appeal to the Supreme Court of Appeal, Gijima’s claim was again dismissed on the basis that PAJA applied and SITA had not shown any good cause for launching its application outside of the time period prescribed in section 7 of PAJA with no explanation as to the cause and extent of the delay (some 22 months).

On appeal to the Constitutional Court, it was held that: