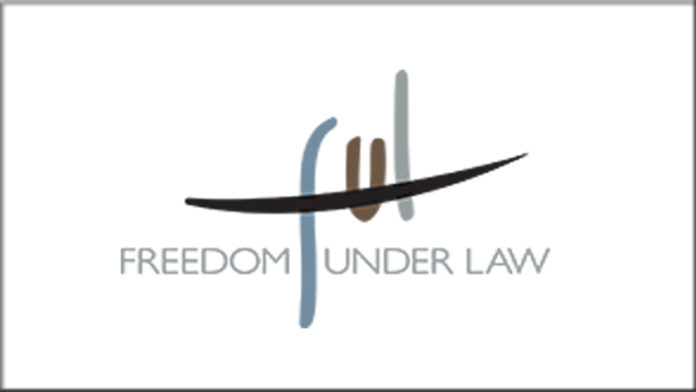 For over 12 years now Freedom Under Law (FUL) – an NGO established to protect and advance the rule of law across Southern Africa – has pressed for a decisive outcome in complaint after complaint relating to Mr Justice Hlophe, Judge President of the Western Cape.

The decade since has vindicated that assessment. The judge it described as ‘this highly talented man [who] carried the hopes of all who are passionate about transformation of the judiciary’, having been recruited at the age of 35 from the University of Transkei direct to the Cape Bench, has gone on to plunge the judiciary in more sordid scandal and public disrepute than any judge in its history.

It is nothing short of a disgrace that nearly 12 years on, the complaint laid by all 10 Constitutional Court judges against Judge Hlophe for his attempt to interfere in their independent consideration of matters relating to then-President Zuma remains unresolved. FUL was obliged to institute legal proceedings against the JSC to compel it to do its duty. Its conduct was, embarrassingly, characterised by the Supreme Court of Appeal as nothing less than ‘irrational’.

Now, with that complaint still not resolved, a fresh scandal has broken. It is hardly a year since the Supreme Court of Appeal found, in the most direct terms, in a case appealed to it, that he was guilty of bias. This not of a junior judge, but a judge entrusted to lead over 30 other judges.

In his valedictory address in the Constitutional Court late last year, retiring Justice Cameron singled out the Hlophe saga as a lingering cloud over legal life in South Africa. Yet it has continued – and this week it acquired a yet darker aspect.

This week the second most senior judge in the Western Cape lodged further complaints with the JSC, alleging attempts by Judge Hlophe to interfere in litigation. It also alleges physical assaults by Hlophe JP on other judges, as well as intimidation, victimisation and abuse.

FUL supports Nadel’s call for the urgent suspension of Judge Hlophe. It is clearly right in principle: no judge should sit in judgment while himself facing serious allegations which go to his or her fitness to hold office, let alone lead a court.

Judge Hlophe’s response to this call by an important representative body of legal practitioners is very clear.

According to the official roll of the Western Cape High Court released for Monday he has made himself the presiding judge in its most public court: the motion court. There he will engage with legal practitioners and the ordinary, often unrepresented public.

This situation is intolerable.

Meeting today, the FUL Board resolved unanimously that the time for platitudes and tired clichés is past. The current head of the Western Cape High Court is compromised. Until such time as a proper investigation is completed and all consequential processes – which may include impeachment – are completed,  Judge President Hlophe cannot be allowed to exercise the powers of a judge.

What are your rights within the context of COVID-19?

Better together: strength in partnerships

End International Women’s Month celebrating a women in law. To Nominate is to Celebrate!