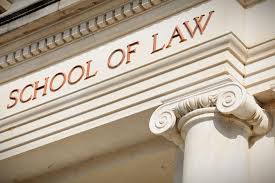 The South Africa Law Deans Association (SALDA), the Law Society of South Africa (LSSA) and the General Council of the Bar of South Africa (GCB) welcome the positive spirit as well as constructive and frank contributions made by all the stakeholders who attended the Summit on the LLB degree in Kempton Park on 29 May 2013.

There was substantial consensus that the duration of the LLB degree, which was changed to a four-year undergraduate degree in 1998, should be extended to 5 years. The adequate funding of university law clinics should also be canvassed. These law clinics allow law students to integrate their knowledge with the practice of the law by gaining practical experience. They also provide much needed legal services to indigent members of the public.

Delegates at the LLB Summit, which included representatives of the attorneys’ and advocates’ professions, SALDA, law students, the Justice Department and other stakeholders resolved to request the Council for Higher Education (CHE) to conduct a standard-setting process for the LLB degree to be concluded by 30 June 2014.

The CHE should conduct this exercise by consulting widely with the LLB Summit Steering Committee, which represents all the stakeholders who attended the LLB Summit. The standard-setting process should take into account the required attributes for graduates identified at the LLB Summit, such as:

In the meantime, a national task team will be set up to monitor the process and facilitate ongoing liaison between university law faculties and the profession. Members of the task team will include representatives of SALDA, the LSSA, GCB, the Department of Justice and Constitutional Development, the Department of Higher Education and Training and the Society of Law Teachers of Southern Africa.

The LSSA and SALDA will assume the responsibility of convening the task team before the end of August this year.